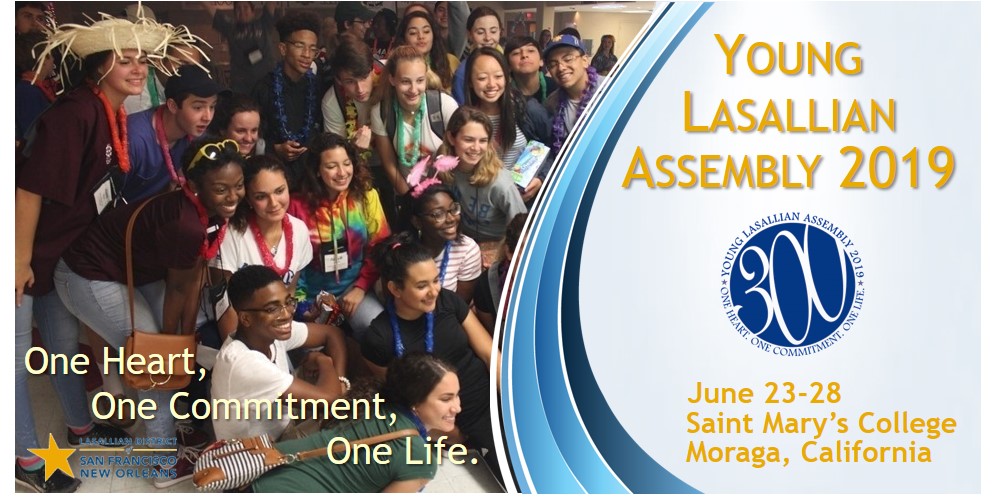 Hello, Young Lasallians!
Thank you for attending
Young Lasallian Assembly 2019!
Scroll down to this page to find
the links to our social media posts
and our YLA ’19 photo album.
Check out our YLA ’19 official video
to the right!

John Donahue-Grossman began his association with the Lasallian family while attending Driscoll Catholic High School in Addison, IL.  He earned a Youth Ministry Certificate from Loyola University and studied theology at Catholic Theological Union in Chicago.  John has served as a high school Religion teacher, youth minister and national Catholic speaker, and Retreat Director for La Salle Manor Retreat Center in Plano, IL.  The focus of his ministry today is to help young people recognize that “everyone has a story: change the way you see yourself, change the way you see others.”  He has been married to Laureen since 1987 and together they have 3 adult children and 2 grandchildren.

Heather Ruple Gilson graduated from Saint Mary’s College of California in 2001 with a BA  in English and Dramatic Arts.  She served as a Lasallian Volunteer from 2001 to 2003 at San Miguel School, Providence, R.I.  She continued there until 2011, when she returned home to California to serve as Director, Young Lasallians for the District of San Francisco New Orleans until 2016. In 2018, Heather was named Co-Secretary for Lasallian Association for Mission in Rome. She also serves as Coordinator for Mission Initiatives for the District of Ireland, Great Britain and Malta.

Joseph Gilson is a native of Malta, where he attended De La Salle College.  After graduating, he continued his involvement there working with the Former Students Association, teaching math, physics, and holding pastoral responsibilities. Joe’s work in Malta and Europe led to his appointment as the first International Coordinator of Young Lasallians in Rome. In 2015, he was named Director of Formation for Mission for the District of Ireland, Great Britain and Malta.

Heather and Joe first met in 2006 and were married in 2015.  They live in Oxford, England with their daughters Mary Angela, 3, and Charley, 1.

Katie Prejean McGrady is an international speaker, educator, and author. She holds a B.A. in Theology from University of Dallas and an M.A. in Theology from Augustine Institute, Denver, CO.  Since 2007, she has spoken at Steubenville Youth Conferences, National Conference for Catholic Youth Ministry, National Catholic Youth Conference, and Los Angeles Religious Education Congress & Youth Day.  She has appeared on EWTN, Catholic TV, Radio Maria, and the Catholic Channel on Sirius XM.  Katie has authored two books, Room 24: Adventures of a New Evangelist and Follow: Your Lifelong Adventure with Jesus, has written for numerous Catholic publications/websites, and blogs at katieprejean.com and curlyweds.com.  Katie lives in Louisiana with her husband Tom, their daughter Rose, and their dog, Barney. 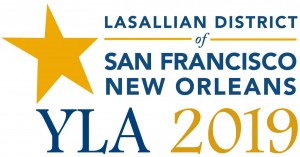 #300LaSalle Message from the Superior General

APRIL
Publication of Intercom 152: “Inspirations for Going Beyond the Borders” | Generalate

MAY
Publication of Let Us Remember: Stories of the Holy Presence of God. | Saint Mary’s Press