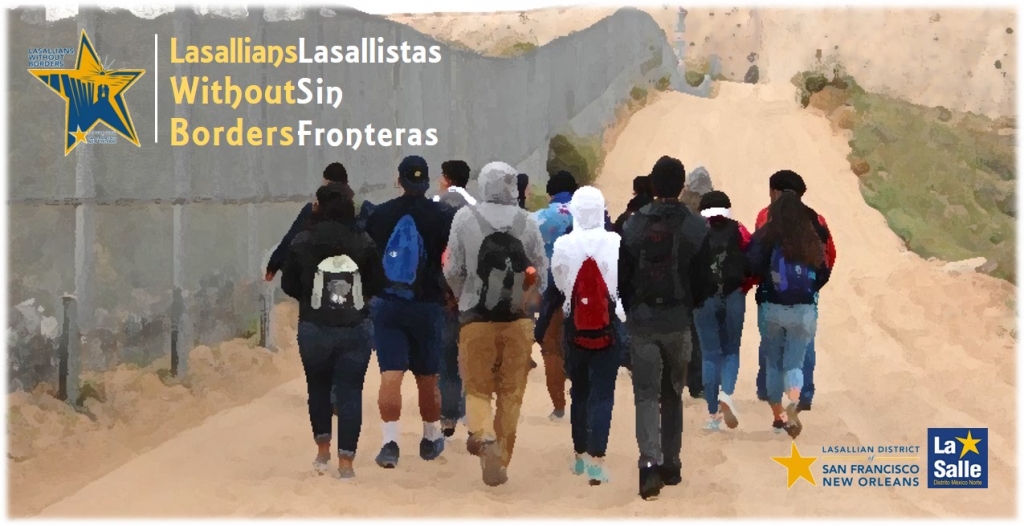 Established in 2015 by the District of San Francisco New Orleans, the Lasallians Without Borders (LWOB) Committee was inspired by the call from the 45th General Chapter of Institute of the Brothers of the Christian Schools for Lasallians to go “beyond borders” to be closer to the poor and the unprotected, and to walk with those on the margins.  At the General Chapter, Brother Jorge Gallardo de Alba, Vicar General, observed that “There is no other place in the Lasallian world with such a big presence along the same geographical border [than the US – Mexico border].” LWOB was formed in response to that reality.

The Lasallians Without Borders Committee develops and conducts specific and immediate initiatives regarding the response of the District to vulnerable migrant populations, especially the young, at the United States – Mexico border.  These include:

El Otro Lado (“The Other Side”) El Otro Lado is a 5-day immersion program for high school students in which they experience first-hand the realities of life for migrants and refugees along the United States – Mexico borderland. San Miguel High School, in Tucson, Arizona has hosted the experience since 2008.  In 2016, schools will benefit from the expansion of “El Otro Lado” to Cathedral High School, El Paso, Texas where students will learn a new perspective of the border.  An El Otro Lado immersion designed for adults is scheduled for summer, 2016 in El Paso. 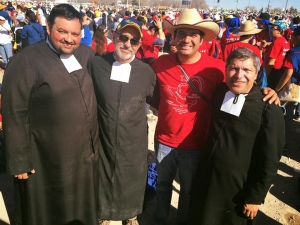 Migrant Needs Assessment The goal is to develop a data-based assessment of the most vulnerable migrant populations and a possible response by the Lasallian Family in the Districts of Mexico Norte and San Francisco New Orleans.  Research focuses on migrant children and their educational needs on both sides of the border.

Collaboration with the District of Mexico Norte Representatives from both Districts work together to develop shared initiatives that can best serve our migrant populations.

LWOB invites all Lasallians to go beyond their own borders and participate in its initiatives in the San Francisco New Orleans District and the Mexico Norte District.  As Br. Jorge wrote, “If we stay only with the idea of having community or pastoral work in our Region, it will directly involve only a handful of Lasallians. Instead, the Chapter calls us, all Lasallians, to get involved in a personal process of exploring deeper to and other “borders” within our hearts and minds.” 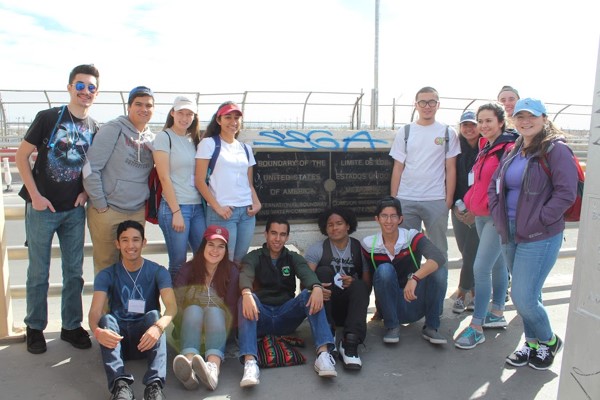