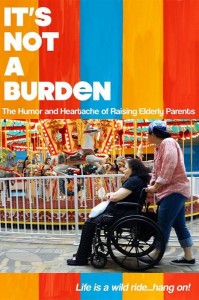 A just-released feature-length documentary about adults caring for their aging parents includes the perspective of a San Francisco New Orleans (SFNO) Brother and his experiences as a family and religious community care giver.

It’s Not a Burden: The Humor and Heartache of Raising Elderly Parents follows grown children of elderly mothers and fathers as they navigate their way through the adventures of being the caretakers for those who once cared for them.  It is a deeply personal exploration of ordinary persons’ journeys with their loved ones, offering an unfiltered look at the warm joys of shared love and happiness, the hard facts of suffering and mortality, and the too little-understood experience of growing old in America.

The work of producer/writer/director Michelle Boyaner and her team at Greenie Films, the 86-minute work is a compilation of interviews and live action that were filmed over the course of several years.  It’s Not a Burden premiered on June 1 and is already receiving accolades for its well-crafted story-telling as well as for its thoughtful and respectful treatment of its subject.

One of the interviewees for the film was SFNO’s Brother Victor Kenneth Curley, FSC.  At the time, he was the director of the Holy Family Community at Mont La Salle in Napa, CA.  He also has connection to another part of the film that features a family that Brother Kenneth knew from his hometown of Pittsburg, PA. 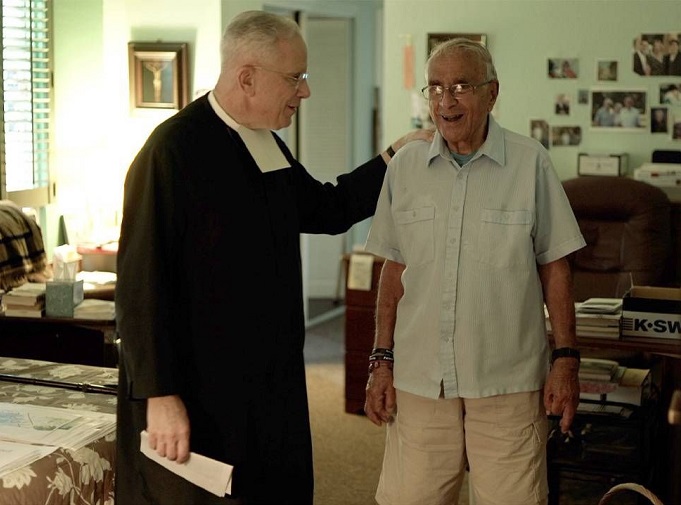 In the portion of the film that focuses on the Holy Family Community, Brother Victor Kenneth is shown in his daily interactions with the retirement Community’s members.  He recounts his days caring for his elderly mother and the lessons learned about love, compassion, and simply doing the right thing.  Those experiences, he explains, helped him realize that the responsibilities of care giving with the elderly and infirm are, in fact, incalculable blessings.

As for Brother Victor Kenneth’s friends from Pittsburgh, the spotlight was on Esther Lapiduss, a lively and popular actor and comedian that he first met in the 1970s when they worked together on a local radio show.  Brother’s visit to Esther not long before her death in 2016 is one of the film’s highlights for both the buoyancy and the poignancy of their conversation.

It is evoking the parents’ and adult children’s daily dance between celebration and loss that seems to be the movie’s most compelling goal. Without fail, the film’s stories about the highs, lows, and in-betweens of elder-care honor that purpose, transcending their own narratives and together serving as an allegory of the human capacity for devotion, sacrifice, and remembrance.

It’s Not a Burden: The Humor and Heartache of Raising Elderly Parents is now available for viewing through many popular streaming services and cable-on-demand, and for rental/purchase on DVD and Blu-Ray.  Visit the It’s Not a Burden website for more viewing information and also to read more about the film and its creators.

Read the Pittsburgh Post-Gazette’s story about the film and more from Brother Victor Kenneth.

Read Next Avenue’s story about the film.

See the NBC Today show’s spot about the film.