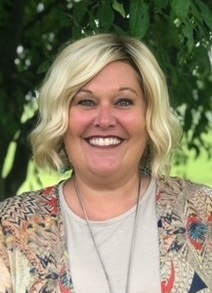 De La Salle North Catholic High School (DLSNC) has announced the appointment of Ms. Erin Reid as its next principal, effective July 1, 2021.  The announcement was made by DLSNC president Mr. Oscar Leong.

Reid will be the school’s fifth principal, succeeding Mr. Tim Joy, who has served in that position since 2010 and will be continuing at DLSNC as an English teacher.

“I am extremely excited.” stated Leong, “about having Erin join the DLSNC community.  Her seasoned background in all aspects of education bodes well for both the short- and long-term futures of DLSNC.  She brings boundless energy and an amazingly positive outlook that will undoubtedly affect members of the faculty, staff, families, and most importantly, our students.”

An educator with 20 years of experience, Reid currently is principal at Robert A. Jamieson School in Peoria, Illinois.  Previously, she was an assistant/associate principal in two suburban Chicago high schools and taught in special education as well as English.  She also is a school administrative liaison, trip leader, and teacher trainer for the international educational organization Partner Schools Worldwide.

As a graduate of Driscoll Catholic High School in Addison, Illinois, Reid brings experience of the Lasallian mission to her new role, prompting her to “see the move to DLSNC as bringing me full circle.”

“I believe,” Reid continued, “that DLSNC is the place where I can make the greatest impact at this point in my career. I can’t wait to be part of a close-knit environment where staff, faculty, and students all really know each other. I am thrilled to already have a sense of being at home and at peace within the community, and I look forward to many productive years under the new roof of DLSNC.”