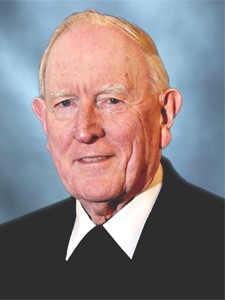 Please pray for the repose of the soul of Brother Mel Anderson, FSC, who died peacefully on May 22, 2021 at Mont La Salle, Napa, CA.  Brother Mel served as Saint Mary’s College of California president for 28 years (1969–1997).  After leaving that position, he taught at SMC until his retirement 2019.  See statement from James A. Donahue, President, Saint Mary’s College of California.