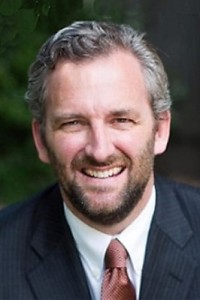 Coughlan will succeed Leslie Romero Kilmer, who moved from her position on the school’s Board of Trustees to serve as interim president during the 2020-2021 school year.

“I am humbled and honored,” Coughlan said, “to serve as the next President of Saint Michael’s High School.  During my visit to the school, I became inspired by its tremendous history and sensed a palpable pride for St. Mike’s within the Santa Fe community. I look forward to working together and in association with the Brothers, Trustees, Alumni, Foundation, faculty, staff, parents, and students to continue to advance the mission of Saint Michael’s.”

Coughlan currently serves as Co-CEO of Hanna Boys Center, a Catholic educational organization serving at-risk high school students in Sonoma, CA.  He previously served in teaching, fundraising, and leadership positions at several Lasallian schools, including De Marillac Academy in San Francisco, CA and Justin-Siena High School in Napa, CA.  Coughlan also is a graduate of the San Francisco New Orleans District’s Discerning Leaders Program.  He holds a bachelor’s degree from the University of California, Santa Barbara, and a master’s degree from the Kalmanovitz School of Education at Saint Mary’s College of California, where he was named a Lasallian Educator Fellow.

In announcing Coughlan’s appointment, Saint Michael’s Board of Trustees Chairperson Nick Miller stated, “We are confident that Tom will uphold the values and the mission of the school, and that he will serve our families and our community well. Please join me in welcoming Tom to our community!”