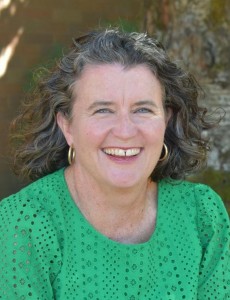 La Salle Catholic College Preparatory (LSCCP) in Milwaukie, OR, has named interim principal Alanna O’Brien as its next principal, effective July 1, 2021.  The announcement was made by school president Andrew Kuffner.

O’Brien will be the LSCCP’s 11th principal and its first female principal.  She will succeed Kuffner, who served as principal 2013-2020.  O’Brien has served as the school’s interim principal during the current school year.

In his announcement to the LSCCP community, Kuffner said, “Alanna O’Brien is uniquely poised to advance our efforts to evolve from a traditional academic structure and culture into one of innovation, inclusivity, and excellence that aligns with the comprehensive 21st Century learning and Lasallian formation outcomes we seek for our students.”

O’Brien has been a member of LSCCP’s faculty since 1995 when she joined as an English teacher. In 2012, assumed the role of vice principal overseeing curriculum development and teacher professional development.  She holds a bachelor’s degree in English from the College of Holy Cross in Worcester, MA, and a master’s degree in teaching and an education administrative credential from Lewis & Clark College in Portland, OR.  She also has participated in the Lasallian Leadership Institute and the Discerning Leaders Program of the District of San Francisco New Orleans (SFNO) and the Lasallian Region of North America (RELAN).

As a Lasallian Catholic educator, O’Brien’s approach to leadership reflects her own spiritual life and religious formation.  “My faith,” she says, “provides me with opportunities for contemplation, challenges me to be a person of integrity, reveals direction in times of uncertainty or loss, and demands hope for a peaceful and equitable world.”