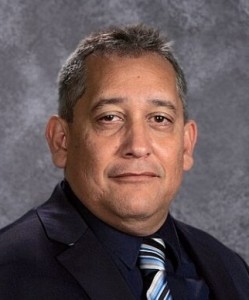 A statement posted by the school on Facebook read in part, “It is with deep sorrow that we announce the passing of Mr. Gerald Gamez, assistant principal of Cathedral High School, from complications of Covid-19 today.  ‘Mr. Gamez was a beloved member, not only of our Cathedral community, but of the greater educational community in El Paso,’ said Mr. Adolfo Sanchez, principal of Cathedral High School said, noting that Mr. Gamez had worked as an educator for 27 years in numerous Borderland public schools before coming to Cathedral two years ago as its assistant principal.”

According to the Diocese of El Paso, Gamez was first diagnosed with the coronavirus while on bereavement leave from Cathedral High School in early January.

Sanchez described Gamez as “the definition of what a nice guy is,” a “devout Catholic” who was admired by many and took a heartfelt interest in the success of the students he mentored over the years.

Prior to his arrival at Cathedral High, Gamez had served in the Ysleta, Texas Independent School District as an assistant principal at both Del Valle and Eastwood high schools. His career also included stints as a counselor in both the San Elizario. Texas and El Paso Independent school districts, as well as at Hanks High School in the Ysleta district.