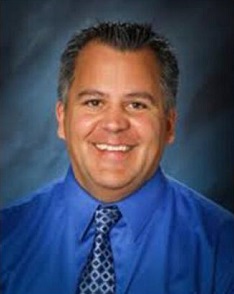 Kanelopoulos, La Salle’s current principal, will succeed Tim McGree, who is retiring after serving as founding president of the school, which opened in 1998.

“I am deeply honored and profoundly humbled to be invited to serve as the next President of La Salle High School,” stated Kanelopoulos. “I believe in the transformative capacity of a quality education. As President  of La Salle, I will remain committed to the founding vision of our school set forth by the De La Salle Christian Brothers and local diocese whereby the school will be available and accessible to all students of the Yakima Valley, regardless of their ability to pay, and that the school would reflect the diversity of the Valley.”

Kanelopoulos is currently La Salle’s principal, a post that he has held since 2011.  A native of San Francisco, CA, he attended Sacred Heart High School, then earned a B.A. at Saint Mary’s College of California and an M.Ed  from Boston College.  He also served as a Lasallian Volunteer in Philadelphia, PA.  Kanelopoulos joined the La Salle faculty in the fall of 2000, working as a teacher and campus minister prior to being named principal.

In the Board’s announcement, Abeyta wrote, “ It is by Ted’s personal example that he has touched the hearts of so many students in our school. Ted is a faith -filled, servant leader with a thoughtful and sincere approach to educational leadership that will sustain and grow La Salle High School’s success into the future.  We congratulate Ted on this appointment and thank him for his 20 years of dedicated service to La Salle as a teacher, Campus Minister and in his current  role as Principal.”

Information on the school’s plan to select Kanelopoulos’ successor as principal is expected to be announced soon.