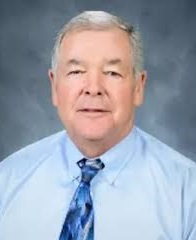 Tim McGree, president of La Salle High School in Yakima, WA, has announced that he will retire from his leadership role in the San Francisco New Orleans District school at the end of the 2020-2021 academic year.

In a letter to the La Salle Board of Trustees, McGree stated, “I began working towards the vision of re-establishing a Catholic High School in Yakima in 1992, nearly 30 years ago. I have served as president of La Salle for 23 years.  Now that our ship is steadied and we are capably navigating many new realities, it has given me time to carefully reflect and let you know my intentions.”

“This journey,” McGree continued, “and the many good people I have worked with and met along the way, has enlivened my faith. And, in a world that needs help, these young people give me great hope. Leading La Salle has been a great blessing in my life. I’ve appreciated the opportunity to make a difference.”

In the announcement to the school, Trustees’ chairperson Terry Abeyta said, “Tim has tirelessly served our community as President since our school’s inception in 1998, and his leadership in Catholic education in our Valley extends back 25 years. We appreciate Tim’s long-standing dedication to our school, and most importantly his student-centered approach to leadership, mission and decision-making.  Our community is grateful that Tim will remain in his role throughout this summer to support a successful leadership transition.”

McGree has served as La Salle’s president since its opening in 1998.  During that time, he worked to advance the school’s Lasallian mission through its La Salle Foundation and business enterprises that included creating a school endowment, establishing a formal planned giving initiative, and developing multiple dependable revenue streams to insure the financial sustainability of the school.

“Tim has been steadfast in his commitment to serve all qualified young people, especially the poor,” Abeyta wrote.  “His work to share that compelling mission has encouraged tremendous financial support to ensure accessibility for all students as well as capital funds for campus development.”

The Board of Trustees has established a Search Committee, led Abeyta and Board Vice-Chair Christine Cote, and is in the process of launching its search for La Salle’s next president.

Read Board of Trustee’s Announcement.