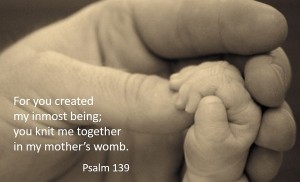 Day of Prayer for the Legal Protection of Unborn Children

Intention: That we all will come to share a deep and unconditional respect for the sanctity and dignity of life in all of its many stages, expressions, and needs.

Jesus went up the mountain and summoned those whom he wanted and they came to him.  He appointed Twelve, whom he also named Apostles, that they might be with him and he might send them forth to preach and to have authority to drive out demons.  He appointed the Twelve: Simon, whom he named Peter; James, son of Zebedee, and John the brother of James, whom he named Boanerges, that is, sons of thunder; Andrew, Philip, Bartholomew, Matthew, Thomas, James the son of Alphaeus; Thaddeus, Simon the Cananean, and Judas Iscariot who betrayed him.

One of the main duties of fathers and mothers is to bring up their children in a Christian manner and to teach them their religion. But most parents are not sufficiently enlightened in these matters. Some are taken up with their daily concerns and the care of their family; others, under the constant anxiety of earning the necessities of life for themselves and their children, cannot take the time to teach their children their duties as Christians.

It is characteristic of the providence of God and of his vigilance over human conduct to substitute for fathers and mothers people who have enough knowledge and zeal to bring children to the knowledge of God and of his mysteries. According to the grace of Jesus Christ that God has given to them, they are like good architects, who give all possible care and attention to lay the foundation of religion and Christian piety in the hearts of these children, a great number of whom would otherwise be abandoned.

You, then, whom God has called to this ministry, work according to the grace that has been given to you to instruct by teaching and to exhort by encouraging those who are entrusted to your care, guiding them with attention and vigilance in order to fulfill toward them the principal duty of fathers and mothers toward their children.

Eternal Father, so often we choose to be guided by the people and things that justify our rejection of your truth.  We defend our freedom by denying our oneness with all of life so that we can preserve it only for ourselves.  Help us to overcome our arrogance and selfishness and open our eyes and hearts to our best and truest selves, especially in our power to give and to serve and to heal.  May we answer the coldheartedness of our times with better ways and better dreams.  We ask this of you who lives and reigns with your Son and the Holy Spirit, one God forever and ever.  Amen.