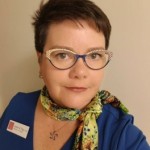 Saint Mary’s College of California (SMC) of the San Francisco New Orleans District is working for peace and justice as part of a new national association that networks Lasallian institutions of higher education in their efforts toward social change through advocacy and shared action.

Lasallian Colleges and Universities in Association for Justice (LCUAJ) was formed in 2019 in response to a call by Brother Superior General Robert Schieler, FSC, Superior General for all Lasallian to “continue to accompany one another, especially those pushed to the margins, in one common quest for justice.”  Its membership includes students, faculty, staff, administrators, and recent alumni from the colleges and universities of the Lasallian Region of North America (RELAN), including Bethlehem University. 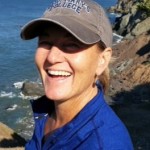 SMC’s participation in LCUAJ is coordinated by its Catholic Institute for Lasallian Social Action (CILSA) and its Mission and Ministry Center.  MMC Director Karin McClelland is teamed up with CILSA Director Jennifer Pigza and Associate Director for Programs Ryan Lamberton to handle the coordination efforts.

According to McClelland, MMC and CILSA collaborated in October of 2019 to send a delegation of four students and Assistant Director of Liturgy and Faith Formation Brother David Caretti, FSC to the Ignatian Family Teach-In for Justice (IFTJ) held in Washington, D.C. 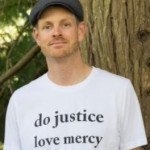 This year, MMC and CILSA sent SMC Lasallians to participate again in IFTJ and also planned with a committee from across RELAN to provide a more intentional opportunity for Lasallian student delegates to network and to examine social justice issues through a Lasallian lens.  A week after IFTJ, RELAN’s attendees met via Zoom to share their learnings and also to hear from other higher ed Lasallians currently engaged in advocacy work, including SMC’s Shane Trimble ’21, who took a semester’s leave to work as a UNITE HERE labor union organizer in Reno, NV.

Continuing to promote justice advocacy at SMC, MMC and CILSA have hired two student leaders, Moises Gonzalez ’22 and Emily Garcia ’23, to serve as their first Lasallian Peer Ministers for Justice and Advocacy, and to bring back to SMC best takeaways from their IFTJ experiences. 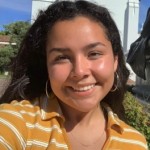 “The IFTJ showed me that it is not necessary to change who we are and our ideologies,” said Gonzalez, “but it is crucial to create the opportunity for others to experience an encounter that can motivate the desire for the betterment of our lives, our communities, and our world.” 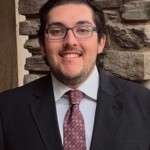 LCUAJ states as its mission: “The Lasallian Colleges and Universities in Association for Justice (LCUAJ) is an international coming together of the Lasallian family to encounter the pains and dreams of our time, to discern our individual and collective responses, and to commit to shared action for justice.”  Its members are continuing to meet in anticipation of an initiative around a selected social justice concern.