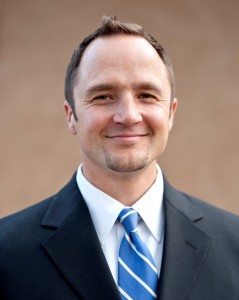 The Board of Trustees of Saint Michael’s High School, Santa Fe New Mexico, has announced that Taylor Gantt is stepping down as the school’s president, effective at the end of his term, June 30, 2020.

In a message to the school community, Gantt wrote, “After much thought, prayer, and careful consideration, I have made the decision to resign from my position as president at St. Michael’s High School. I have been with St. Michael’s for 11 years, and six as president. I have loved my time at St. Mike’s, but I am ready to move in a different direction. Recently, I was presented with and accepted an incredible new career opportunity that I am very excited about.”

Gantt has accepted a position as Chief Financial and Operations Officer for United World College in Montezuma, New Mexico.  According to Board chairperson Nicolas Miller, an interim president will be appointed to begin on June 30 and serve during the 2020-21 school year while the Board conducts a search for the school’s next president.

“The Board of Trustees is extremely grateful to Taylor for dedicating over a decade of his life to improving St. Michael’s High School,” Miller stated.  “(It) wishes Taylor success in his new role and is excited about the prospect of hiring the next innovator to continue St. Mike’s 161-year tradition as an educational leader in New Mexico.”

Gantt’s career at St. Michael’s began in 2009 when he was hired as a substitute teacher in 2009.  He soon became a full-time faculty member and head Varsity baseball coach. After serving as Director of Admissions and later as Director of Advancement, Gantt was named school president in 2014.  Among the institutional advancements accomplished under his leadership were the creation of the school’s first Medical Magnet Program, the remodeling of the school library, cafeteria and classrooms, and the construction of new all-weather running track.

“A piece of my heart will always be at St. Michael’s,” Gantt wrote.  “It’s been the most transformative and impactful professional and personal experience I’ve ever had. Just as we prepare our students for the ‘next step’ in going to college, I’m incredibly thankful for how St. Michael’s has prepared me to take a professional ‘next step’ as well. It truly is a special place.”

Read the Board of Trustees announcement.

Read the story in the Santa Fe New Mexican.