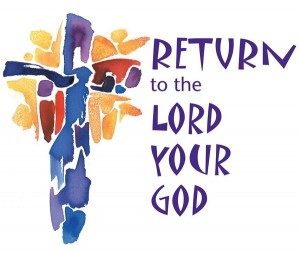 As Jesus passed by, he saw a man blind from birth.  He spat on the ground and made clay with the saliva, and smeared the clay on his eyes, and said to him, “Go wash in the Pool of Siloam” (which means “Sent”).  So he went and washed, and came back able to see.

His neighbors and those who had seen him earlier as a beggar said, “Isn’t this the one who used to sit and beg?”  Some said, “It is,” but others said, “No, he just looks like him.”  He said, “I am.”

They brought the one who was once blind to the Pharisees.  Now Jesus had made clay and opened his eyes on a sabbath.

So then the Pharisees also asked him how he was able to see.  He said to them, “He put clay on my eyes, and I washed, and now I can see.”  So some of the Pharisees said, “This man is not from God, because he does not keep the sabbath.”

But others said, “How can a sinful man do such signs?”  And there was a division among them.  So they said to the blind man again, “What do you have to say about him, since he opened your eyes?”  He said, “He is a prophet.”  They answered and said to him, “You were born totally in sin, and are you trying to teach us?”  Then they threw him out.

When Jesus heard that they had thrown him out, he found him and said, “Do you believe in the Son of Man?”  He answered and said, “Who is he, sir, that I may believe in him?”  Jesus said to him, “You have seen him, and the one speaking with you is he.”  He said, “I do believe, Lord,” and he worshiped him.

In the Gospel narrative of the healing of the blind man at the Pool of Siloam, there is an interesting scene in which we see some revealing reactions to Jesus’ miracle.  There are the Pharisees, who start to argue theology, and then there are the everyday bystanders, who are more interested in testing one another’s memory.  All of them are so intent on imposing their own thinking on the moment that they simply dismiss from their minds the fact that a person disabled since birth has been instantly restored to full health right before their eyes.

The perplexing behavior of these two groups challenges us to consider a powerful thought – that the beggar is not the only sightless person in the story.  In fact, they all are blind and in need of the healing that Jesus brings.  But, in the end, only one has the humility and desire to accept Jesus’ light.  For the rest, their lives continue in darkness, a darkness that comes from their lack of faith.  Their unwillingness to open themselves to God’s presence and activity will prevent them from ever freeing themselves from the trap of their own ignorance and illusions.  They can only stand apart from and untouched by the experiences that would reveal to them the truth that surrounds them in the wonder of God’s ways.

The author Madeleine L’Engle wrote, “Some things have to be believed to be seen.”  Once we choose to live without faith, there is only blindness and the barrenness of a world empty of promise.  In this Lenten time of repentance and conversion, we are called to admit to the ways that we have closed our eyes to God’s presence and return ourselves to being a people who have the faith to see.

Eternal Father, every day you call us to keep humble and generous hearts.  At times, we fall prey to our own pride and stubbornness, and we begin to judge others.  Teach us to look upon one another with open and unassuming eyes, and help us to always acknowledge our own brokenness and our constant need for your mercy and forgiveness.  Fill us with compassion and love for all, that we might be your touch of mercy and welcome to one another.  We ask this of you who lives and reigns with your Son and the Holy Spirit, one God, forever and ever.  Amen.