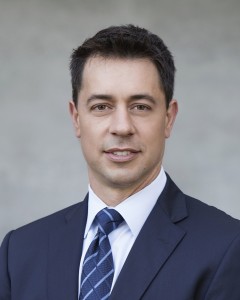 The Board of Trustees of Cristo Rey De La Salle East Bay High School (CRDLS) in Oakland, California has announced the appointment of Stephen Murphy as the school’s new President and CEO, effective May 1, 2020. The announcement was made by CRDLS Board of Trustees Chair Paul Bennett.

“I am humbled and blessed,” Murphy stated, “to have an opportunity to serve the Cristo Rey De La Salle East Bay students and their families. I look forward to continuing the great work already established by Matt Powell, the Board of Trustees, Ana Hernandez, John Coughlan, and the Cristo Rey East Bay High School staff.  Together we will work hard to live up to the hallowed educational tradition set forth by the Cristo Rey Network and De La Salle Christian Brothers.”

Murphy currently is serves in Alameda County Family Justice Center, District Attorney’s Office, where he holds the position of Director.  Prior to this, he was the co-founder and managing partner of a law firm specializing in domestic violence, family law, immigration, and estate planning.  He earned a Bachelor of Arts degree in 1995 from the University of California at Berkeley and a Juris Doctor degree from the University of San Francisco School of Law in 2001.

A resident of Berkeley with his wife and three children, Murphy teaches Sunday School to Kindergartners and First Graders at Newman Center in Berkeley where he is a parishioner.  He is the PTA president at his daughters’ school and is a postulant for the 3rd Order of St. Francis (The Confraternity of Penitents).

In announcing Murphy’s appointment, Board of Trustees chair Bennett commented, “I am inspired by the enthusiasm, discernment, leadership and faith that Stephen shared during our extensive nation-wide search process.  As we move forward in challenging and exciting times, let us acknowledge the blessing that is ours, to be in community to help shape the lives of the students of Cristo Rey De La Salle High School. We look forward to a bright future.”