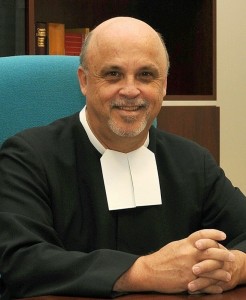 Brother Robert Schieler, FSC, Superior General of the Institute of the Brothers of the Christian Schools, will make a Pastoral Visit to the District of San Francisco New Orleans (SFNO) March 2 through 15, 2020.

Pastoral Visits are among the key responsibilities of the Superior General in exercising his care and vigilance for the Institute and its Lasallian charism.  The main purpose of Brother Robert’s visit will be to experience the District’s Lasallian identity and mission in action through its members, ministries, and culture.  Over two weeks, he will spend time with the Brothers Visitor and Auxiliary Visitor, the District Council, the District Leadership Team, several Brothers Communities, a number of District schools and works, and other members of the District’s Lasallian Family and associates.

Throughout the Visit, Brother Robert will be accompanied by RELAN General Councilor Brother Timothy Coldwell, FSC.  Various SFNO Brothers and Partners will serve as hosts at different locations during the Visit.

In his letter announcing Brother Robert’s upcoming tour, SFNO Visitor Brother Donald Johanson, FSC, wrote, “I look forward to these upcoming opportunities to showcase our school communities, share our Brother District Days, and highlight our commitment to the students entrusted to our care.”

Look for more details on Brother Robert’s visits in the days and weeks to come.

The District of San Francisco New Orleans SFNO has announced the general itinerary that Brother Robert Schieler, FSC, Superior General of the Institute of the Brothers of the Christian Schools, will follow on his March 2-15 Pastoral Visit to the District.