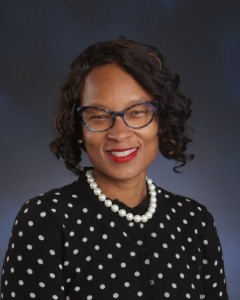 Christian Brothers High School, Sacramento, California (CBHS) has announced the appointment of Dr. Crystal LeRoy as its President, effective July 1, 2020.  The announcement was made by CBHS Board of Trustees president Steve Mahaney.

Dr. LeRoy, who will be the fifth president in school history, will succeed 16-year president Lorcan Barnes, who announced this past July that he would be stepping down at the end of the 2019-20 school year.  She brings considerable experience as an educator and administrator to the role, currently serving as Superintendent/Chief School Business Official of Kenilworth Public Schools in Kenilworth, Illinois and also as adjunct professor at Northeastern Illinois University in Chicago.

“I am deeply honored and profoundly humbled to be invited to serve as President of Christian Brothers High School,” says Dr. LeRoy. “The opportunity to unite my Catholic faith with my vocation as an educator is a dream come true. To do so in the rich and transformative Lasallian charism of the Christian Brothers is a blessing and a trust that I hold sacred. I so look forward to working with the wonderful faculty, staff, families, alumni and friends of the school to ensure that CB continues to be a strong, vibrant and faith-filled community for generations to come.”

This news is the culmination of a thoughtful and thorough process that began with the formation of a Presidential Search Committee in September and securing the services of an executive search firm later in the fall.  Following an extensive nationwide search and in-depth review of applications, 18 candidates were identified and interviewed.  Seven men and women advanced to a more extensive interview after which three finalists were identified.  The three finalists were invited to meet with members of the community including parents, faculty and staff members, alumni and other stakeholders.  The Board of Trustees then conducted an extensive interview with the candidates and concluded that Dr. LeRoy will best serve the community.

“Dr. LeRoy is a faith-filled and visionary leader,” says Mahaney.  “We look forward to partnering with her as she leads the school in living the tenets of our Lasallian Core Principles – faith in the presence of God, quality education, inclusive community, respect for all persons, and concern for the poor and social justice.”