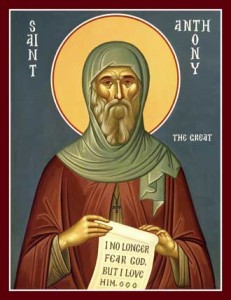 Intention: That all people will work together selflessly to bring peace and safety to those places that are being torn by war and battered by violence.

When Jesus returned to Capernaum after some days, it became known that he was at home. Many gathered together so that there was no longer room for them, not even around the door, and he preached the word to them. They came bringing to him a paralytic carried by four men. Unable to get near Jesus because of the crowd, they opened up the roof above him. After they had broken through, they let down the mat on which the paralytic was lying. When Jesus saw their faith, he said to him, “Child, your sins are forgiven.” Now some of the scribes were sitting there asking themselves, “Why does this man speak that way? He is blaspheming. Who but God alone can forgive sins?” Jesus immediately knew in his mind what they were thinking to themselves, so he said, “Why are you thinking such things in your hearts? Which is easier, to say to the paralytic, ‘Your sins are forgiven,’ or to say, ‘Rise, pick up your mat and walk’? But that you may know that the Son of Man has authority to forgive sins on earth” – he said to the paralytic, “I say to you, rise, pick up your mat, and go home.” He rose, picked up his mat at once, and went away in the sight of everyone. They were all astounded and glorified God, saying, “We have never seen anything like this.”

When Saint Anthony heard the following words of the holy Gospel read in church, If you wish to be perfect, go; sell all you have, and give it to the poor,1 he immediately began to carry out this invitation as though it had been addressed to him personally, convinced that this was what God was asking of him.

Let us admire this saint’s fidelity to the first suggestion of grace and his promptness in following the inspiration God gave him. Are we as faithful to God’s inspirations as Saint Anthony was? Are we as quick to do what grace asks of us?

Eternal Father, many times we give ourselves credit for knowing things that we do not and refuse to listen and to learn, especially when you come to accepting your ways.  We pray today that you help our poor faith.  Teach us to recognize your saving presence through the noise of our lives.  Make of us cooperators with your compassion and justice as we love and serve one another without hesitation or doubt. Lead us to whom and where you want us to be for the sake of your Kingdom.  We ask this of you who lives and reigns with your Son and the Holy Spirit, one God forever and ever.  Amen.