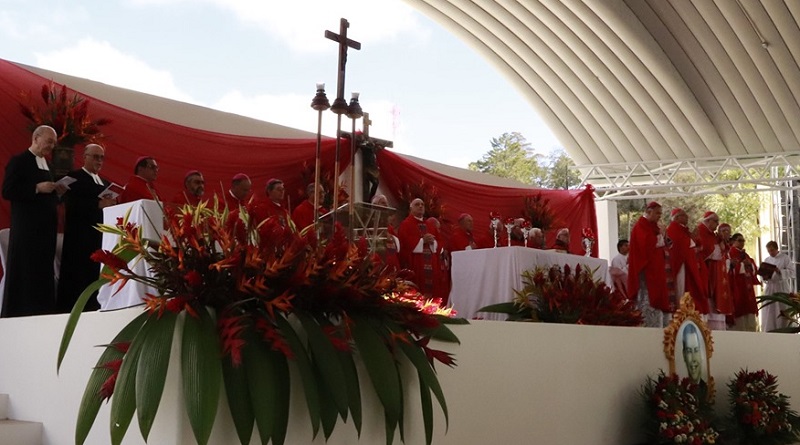 Special from Midwest District.  Members of the Lasallian family traveled to Huehuetenango, Guatemala to celebrate the beatification of Blessed Brother James Miller, FSC. Celebrants included Brother Michael Fehrenbach, Visitor of the Midwest District, several Brothers who knew and served with Brother James, members of the Miller family and representatives from the Saint Mary’s University of Minnesota and Cretin-Derham Hall communities. 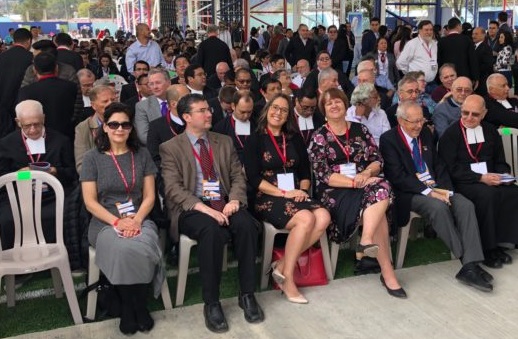 Members of the Midwest District delegation at the Beatification.

The ceremony and celebration were held on December 7, 2019, at the Colegio De La Salle de Huehuetenango, the very location where Brother James once served. Thousands of celebrants gathered to be part of this historic day; a day to not only honor Brother James but also commemorate his sacrifice and what he represents to the people of Guatemala and the entire Lasallian community.

“The life and witness of Blessed Brother James Miller was front and center in the compelling and beautiful beatification ceremonies, to be sure—it was also an occasion to remember the countless number of innocents, predominantly Mayans, who lost their lives in Guatemala’s 36-year civil war. It was for Mayan education and dignity that Brother James dedicated himself,” said Brother Timothy Coldwell, General Councilor for the Lasallian Region of North America.

“I think such an occasion moves me and all of us to be ever-more committed to our Lasallian vocation in the Church and to, as Pope Francis and De La Salle both insist, be more attentive to and engaged with those on the margins. This is how and why Blessed James Miller lived and, ultimately, for what he died,” said Brother Robert Smith of Saint Mary’s University. 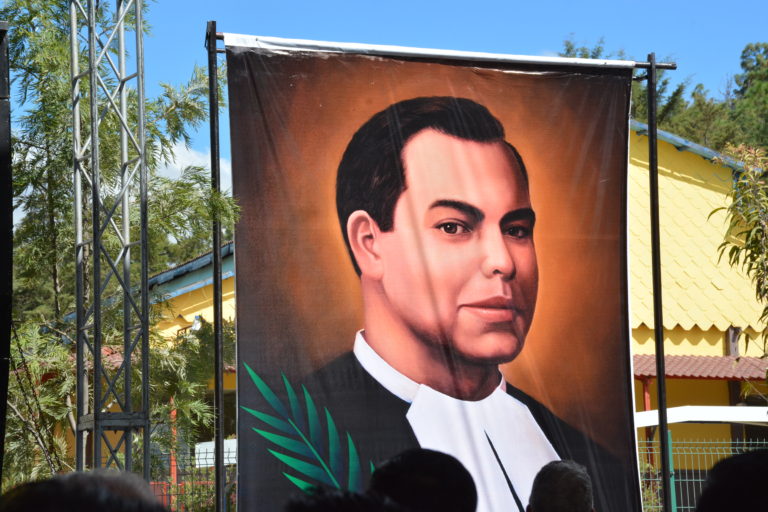 A banner with Br. James’ likeness on display at the Beatification.

“Jim [Miller] was such an ordinary guy that I found myself reflecting on that simplicity as I was immersed in the inspiring ceremony in Guatemala last Saturday, said Brother Frank Carr, classmate of Brother James. “It means all of us can be ‘Blessed’ if we live simply AND for others. I look at the official portrait of him and see the almost imperceptible smile on his face and admire him for sacrificing himself for those kids. I was with him for four years, but who would have thought we would witness his beatification?”

Following the beatification liturgy and luncheon, celebrants had the opportunity to visit the Casa Indigena, now Casa Santiago Miller, the site where Brother James was killed.

“I had 37 years of images stored up regarding what the site of Jim’s murder would look like.  Thirty-seven years—never thinking I would ever actually go to Huehuetenango. In anticipation, I thought I would kneel at the site, place my rosary on the spot and repose in quiet prayer surrounded by silence. Yet the reality of it all was the best because it was real.” recalled Lou Anne Tighe, Director of Campus Ministry at Cretin-Derham Hall.

She added, “There, below the two commemorative plaques sat a woman and her child with baskets of fruit for sale. At this site at about the time of day when Jim was killed, sat this blessed mother and child. Unbeknownst to them, they kept vigil on this sacred ground.”

Brother James is the first De La Salle Christian Brother from the United States to be beatified. The cause of beatification was undertaken by the Diocese of Huehuetenango, Guatemala, in 2009 and received the Decree of Validity in Rome in 2010 when Brother James was designated a Servant of God. As a martyr, Br. James must have one miracle posthumously attributed to him to reach canonization. 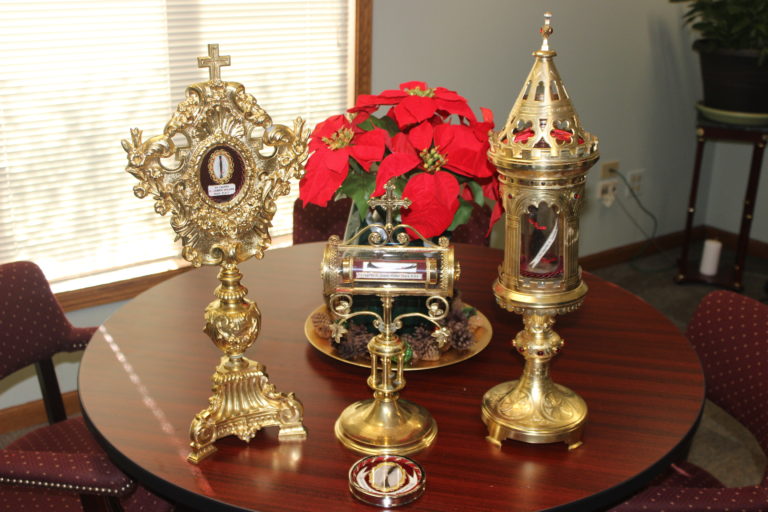 In anticipation of Brother James’ beatification and possible canonization, several reliquaries containing relics of Brother James were created. A relic usually consists of the physical remains or the personal effects of the saint, blessed, or venerated person preserved for purposes of veneration as a tangible memorial. Four of the reliquaries were delivered to the Midwest District Office in mid-December. Two of the four reliquaries will be sent to Cretin-Derham Hall and Saint Mary’s University, where Brother James served and was a student. One reliquary will be given to the family of Brother James and the final reliquary will remain at the District Office in Burr Ridge, IL.