El Otro Lado Marks a Decade of Going Beyond Borders

El Otro Lado Marks a Decade of Going Beyond Borders 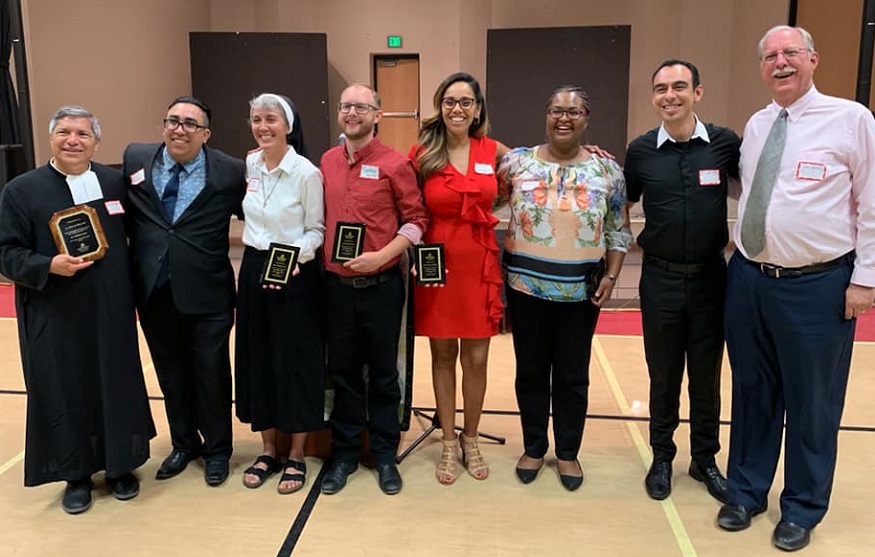 Past and present leaders of EOL at the anniversary celebration. Program founder Alma Mejia-Garcia is at center. (Photo courtesy Br. Chris Patino.)

As the 2019-20 school year began at San Miguel High School in Tucson, Arizona, a group of Lasallians gathered for the 10th anniversary of the El Otro Lado (EOL) border immersion program.

Numerous San Francisco New Orleans District Brothers and Partners came together at the program’s birthplace to celebrate its beginnings, growth, and continuing impact as part of the Lasallian mission.

Among those in attendance were EOL’s founder, key supporters, and past and present coordinators.  Recently, several of them shared their memories and thoughts on the program’s first decade.

El Otro Lado (Spanish for “the other side”) is a 5-day program of U.S. – Mexico border issues awareness and education.  Its origin can be traced to a short-lived idea and a critical conversation involving a then-faculty member at San Miguel, Alma Mejia-Garcia.

“I first took San Miguel students in 2006 to an immersion program I had started called VENAVER Tijuana (Mexico),” Mejia-Garcia recalled.  “Sadly, the program was unable to continue because of a wave of violence that was sweeping the city back then, and I had to inform our principal at the time, Brother Nick Gonzalez.  It was then that he suggested that we explore immersion possibilities in our own back yard.  I began researching and planning right away.”

The result was EL Otro Lado.  In 2008, Mejia-Garcia launched the initiative, with San Miguel holding the first immersion for a group of its own students.  It would soon welcome student groups from other Lasallian schools in its home District of San Francisco New Orleans (SFNO), as well as from other schools in the Lasallian Region of North America (RELAN).  In 2015, the Lasallians Without Borders Committee (LWOB), a group of SFNO and District of Mexico Norte representatives that operate in cooperation with the SFNO Office of Education, assumed coordination of EOL.  In 2016, SFNO’s Cathedral High School in El Paso, Texas was added as a host site. 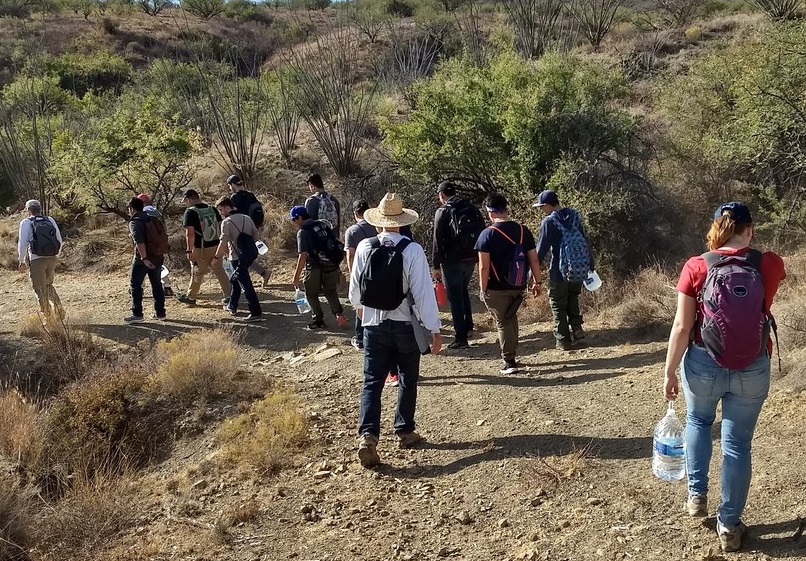 “Gratitude for God’s amazing providence! This is God’s work,” shared Brother Nick when asked about the spirit of celebration surrounding EOL’s anniversary.  Now SFNO Assistant Visitor, he has the unique perspective of having participated in both the inception of EOL as principal of San Miguel, and then in its expansion as principal-president of Cathedral High School.

Another early contributor to EOL’s development, SFNO Director of Vocation Ministry and former San Miguel administrator Brother Chris Patiño, agreed, saying, “There definitely is a spirit of gratitude, joy, and pride for how EOL has evolved over the years.”

In the years since taking its first steps, EOL has become well-established in SFNO and RELAN as a powerful and effective immersion experience, offering not only peace and justice education but also Lasallian formation for mission.  More than anything, it has been the Lasallian educational tradition that has contributed to the design’s success.

“El Otro Lado is an educational immersion, not just a service immersion,” explains Kenenna Amuzie, EOL’s coordinator 2014-2016 and current SFNO Director for Young Lasallians.  “This educational component, which is at the heart of the Lasallian mission, contributes to the ongoing success of the program.  Reflection, prayer, and examining experience through the lens of the Gospel are all part of the key ingredients of the program’s ongoing success.”

Brother Chris agreed, adding, “It is truly Lasallian in that EOL provides an educational opportunity in community which leads to the question, ‘What is the need and how do we provide a Gospel response?’” 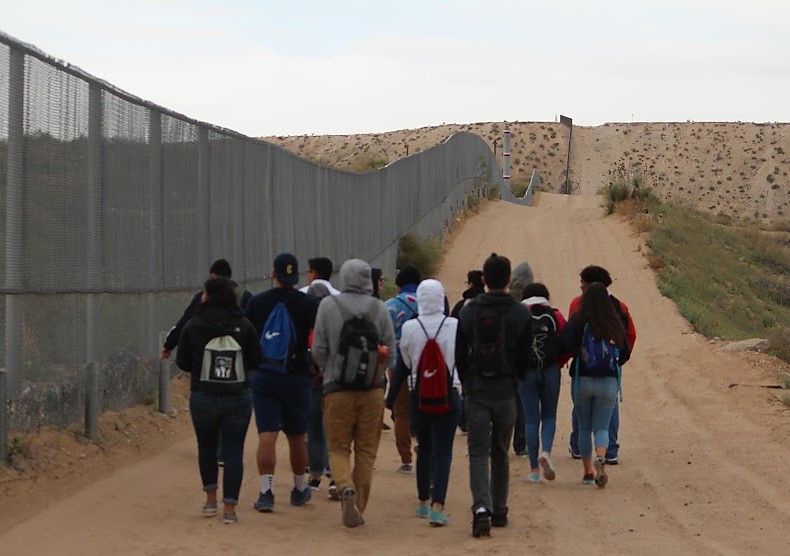 Further, while its origins undeniably were rooted in a desire to generate advocacy for persons whose poverty and marginalization leaves them politically and socially voiceless, EOL’s philosophy has been to embrace the power of quality education to enable participants to think and act independently as informed, intelligent, and compassionate individuals.

“The students are not told what to learn,” insisted Mejia-Garcia.  “They are given opportunities to experience different viewpoints and then reflect on them.  They are invited to be in solidarity with those who need to migrate, in dialogue with those who do not share their views, and responsibly advocate for just treatment, laws, and understanding of the ‘other.’”

“The key to EOL,” stated Brother Nick, “is always going to be the encounter with the migrant.  Hopefully, the statistics then become names.  We learn the stories behind numbers.  And, we encounter Christ in the other.”

Echoing Brother Nick, Amuzie stated, “El Otro Lado is an experience of encounter, from those that the students of attending schools have with one another to those that participants have with different groups and individuals throughout the week. These encounters can lead to transformative learning experiences that can only happen when students are challenged to step into an experience or perspective that may be “on the other side” of their own.”

As a Lasallian educational initiative, EOL was conceived as a response to the larger call of the Institute and of the Church to all people to work for a more just and peace-filled world.  For those who have been and who continue to be stewards of the program, the past ten years of El Otro Lado have been and always will be about hope.

“Hope,” said Amuzie, “that this program continues to offer a witness, reminder, and challenge of the call to respond innovatively to the needs of our sisters and brothers by going beyond borders.”

“Hope,” said Brother Chris, “that lies in the power of providing educational experiences rooted in faith, service, and community that will provide for people an encounter with those who live on the margins.

“Hope,” concluded Brother Nick, “for our attempt to educate patiently in the face of ignorance and indifference.  El Otro Lado serves as an expression of our Lasallian mission in 21st-century America.”