The Distinguished Lasallian Educator Award is sponsored by Christian Brothers Conference and recognizes educators who exemplify the ideals of Saint John Baptist de La Salle, Patron of Christian Teachers of Youth.  It is presented annually in the name of all Lasallians of the Lasallian Region of North America (RELAN) to honorees from the District of Eastern North America, the Midwest District, and the District of San Francisco New Orleans.

Broadous and Scaffidi, together with the Distinguished Lasallian Educator Award recipients from the District of Eastern North America and Midwest District, will be presented with the Award on November 23, 2019 at the closing banquet of the Huether Lasallian Conference in Minneapolis, Minnesota. 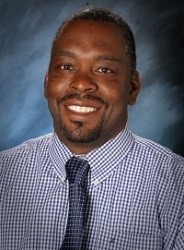 James Broadous is in his seventh year on the De La Salle North Catholic faculty, and currently serves both on the school’s leadership team as Vice Principal for Student Life and in the athletic department as Head Men’s Basketball Coach.  Broadous’ first administrative was as admissions director 2012-2014, adding the role of athletic director for 2014-2015.  In the fall of 2015 he began his tenure as Vice Principal for Student Life.  His contributions to the school’s athletic program as basketball coach have included four state championship appearances in six seasons and, in 2018, the school’s first state championship.

In his letter nominating Broadous, De La Salle North Catholic principal Tim Joy highlighted his unparalleled commitment to the students and his deep gift for connecting with them, writing, “It’s in his blood, who he is…he can’t help himself.  He starts to mentor, he knows what to ask, he listens to students in a way no one has before, and they talk to him.  Tell him everything.  What I have seen from James is a man dedicated to the students, players, and staff in his care, ready to grapple with the variegated challenges and crises that pop up in a modern high school.  With humor, grace, and faith, he embraces all of it.” 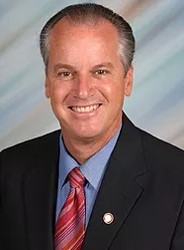 Joey Scaffidi began his Lasallian career in 1998, first as principal and currently as president of Christian Brothers School.  Scaffidi has guided the school through continuous curricular and co-curricular expansion and instructional improvement, major facility expansion and enhancements, the transition of the school’s leadership model to policy governance, recovery from the major impact of Hurricane Katrina, and, most recently, the reconfiguration of Christian Brothers School from a single-campus 350-student middle school for boys into a twin-campus 850-student co-educational elementary and middle school.

Christian Brothers School City Park Campus Principal Michael Prat’s letter of nomination for Scaffidi described his unfailing commitment to the Lasallian charism, saying, “Mr. Scaffidi has always had as his primary focus the mission of CBS and the mission that the Brothers entrusted to him 22 years ago.  Each time a new challenge is faced, he begins with the mission as his primary concern.  And it is the passion that he has for the school, the Brothers, and the mission that has fostered his role as community leader – a role which extends beyond the CBS community and into the greater educational landscape of the Archdiocese of New Orleans and beyond.”

Brother Donald Johanson, FSC, Visitor of the San Francisco New Orleans District, offered his congratulations to both honorees, saying, “In both James and Joey we have two exemplary Lasallians whose servant leadership and dedication have been an inspiration to our District.  We are pleased to recognize and thank them for their many contributions to their schools and to our Lasallian family.” 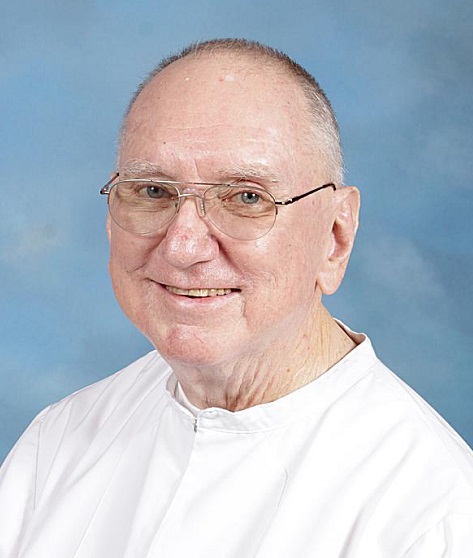 Also being recognized at the Huether closing banquet is the late Brother Jeffrey Calligan, FSC, of the District of San Francisco New Orleans.  Brother Jeffrey will be honored posthumously by the RELAN Lasallian Education Council with the Brother John Johnston Award, which recognizes a lifetime of service to the Institute of the Brothers of the Christian Schools and to the Lasallian Region of North America.

Brother Jeffrey was an internationally known author, catechist, retreat master, and Lasallian scholar and formator.  In his 60-year career, he served in numerous teaching and administrative roles at several District high schools, as well as two terms as District Auxiliary Visitor and one term as Director of the Office of Lasallian Formation for the US/Toronto Region of the Brothers (now the Lasallian Region of North America).  Brother Jeffrey was a long-time faculty member for the Buttimer Institute of Lasallian Studies and also worked on the staff of Lasallian Education Services, Malvern, Australia.