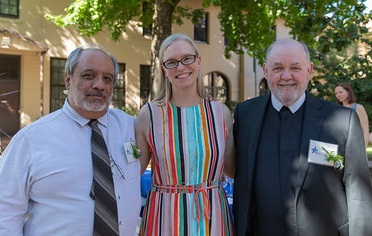 Special from LasallianVolunteers.org.  The Lasallian Volunteers (LV) honored three supporters from the District of San Francisco New Orleans (SFNO) at the 10th annual FSC Awards, which were held on Sunday, October 6, 2019, at Mont La Salle in Napa, California. The honorees were chosen for the notable contributions they have made to the program.

The awards are named in the spirit of three Brothers who embodied the LV values of faith, service and community during their lifetimes. This year’s recipients were: Bob Carrejo, the Johnston Faith Award; Carrie Davis, LV 96-00, the Bassen Service Award; and Brother Tom Westberg, FSC, the Farrell Community Award.

“I knew Brother John Johnston and can recall how often he pointed to Lasallian Volunteers as an example of the vitality of the Institute. And, of course, he was right,” shared Carrejo. “It is such an honor to be associated with a group of people and a movement that means so much to our Lasallian mission. To have in any way been of service to LVs is something that I will hold as one of my best accomplishments as a Lasallian.” Read Carrejo’s full remarks.

The Bassen Service Award, named in honor of Brother Christopher Bassen, FSC (1942-2006), recognizes LV alumni who have continued a life of service. Davis received this award as a model of an LV alumna who believes in the power of invitation. As she invites students to serve during their undergraduate careers, Davis plants the seed of serving as a Lasallian Volunteer with every student she encounters at Saint Mary’s College of California, especially through the Mission and Ministry Center and the Lasallian Service Internship course.

Davis shared, “I am honored to receive this award from the Lasallian Volunteers. I grew so much during my time as an LV at the San Miguel School in Chicago and am forever grateful for the opportunities it afforded me to live the Lasallian mission through expressions of faith, community and service.” 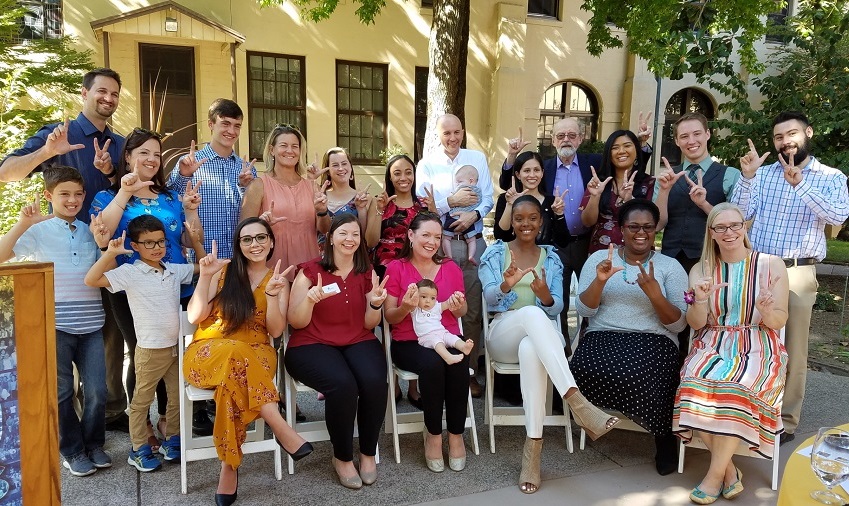 The Farrell Community Award, named in honor of Brother Michael Farrell, FSC (1940-2009), recognizes supporters who have lived in community with Lasallian Volunteers. Brother Tom was honored with this award to highlight his years of living in community with LVs in San Francisco. Brother Tom is committed to walking with and being present to the volunteers, which has greatly benefited their community experience. Brother Tom truly views living with LVs as a valuable, enriching experience for the Brothers at the Sacred Heart Cathedral community.

In reflecting on the event, Brother Tom shared, “What a wonderful and humbling afternoon. It was touching to hear the words from former Lasallian Volunteers and postulants and to be together with so many friends.”

See more pictures from the Awards luncheon.
See more on the Awards and previous honorees.