NOLAsallians Gathering: “How We Do What We Do”

Home/News/NOLAsallians Gathering: “How We Do What We Do”

NOLAsallians Gathering: “How We Do What We Do” 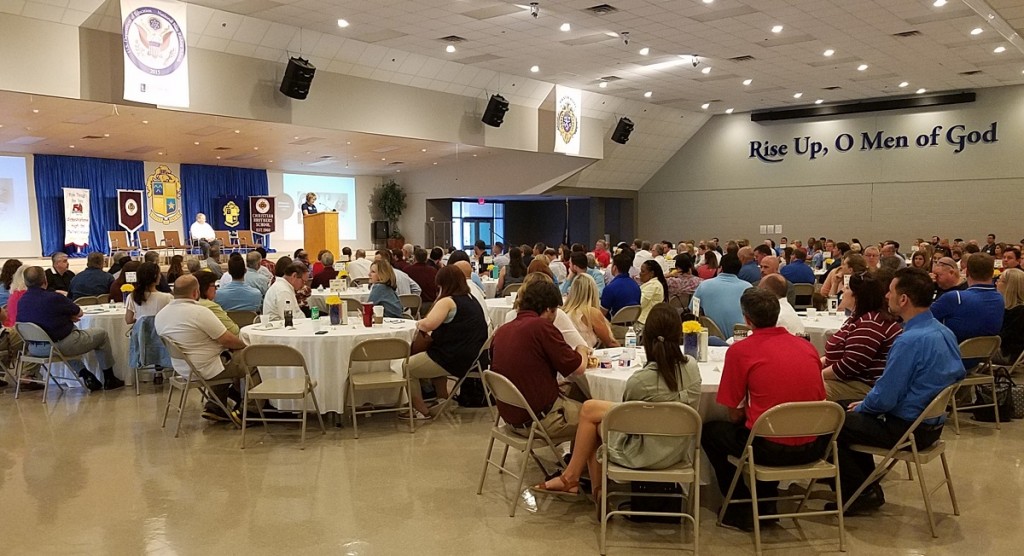 Held once every other year, NOLAsallians began as a concept from the San Francisco New Orleans District’s Director of Evangelization & Catechesis, Charles Legendre, AFSC.

“The original idea, “Legendre recalled, “was, first, to recognize that we’re all part of this single family that shares the Lasallian heritage.  Secondly, it was to open Lasallian formation to a bigger audience, where all faculties and staffs could take part in a single event.”

Once it was decided to attempt such an event, determining what it should look like was the next step.  To find the ideal structure for the gathering, planners didn’t have to look far.

“There was a third thing,” continued Legendre, “which was that our schools have very talented educators, and so this could be an opportunity for them to share their expertise and wisdom with one another.  Teachers speaking to teachers was the way it should happen.” 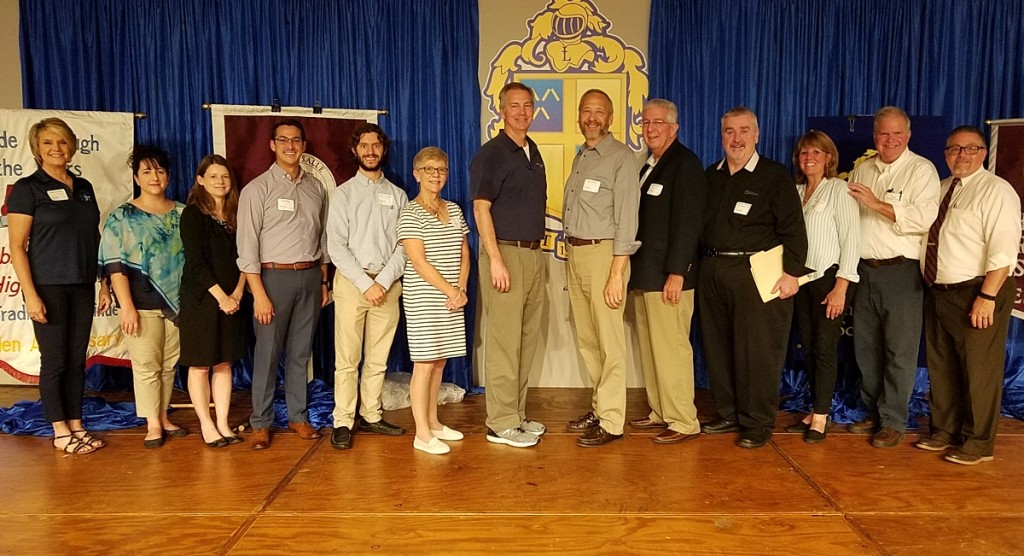 Representatives from all four schools served on the planning committee.

In spite of their proximity to each other, there had been no prior tradition of the four New Orleans-area schools getting together for professional development under their shared Lasallian banner.  Some initial guidance was required, but not for long.

“As a District, we pretty much drove the first one,” Legendre observed, “in order to launch it.  But it really has taken off since then in terms of empowerment and ownership in the ways that I hoped.”

This year’s day began with Mass, breakfast, and a welcome from Saint Paul’s President Brother Raymond Bulliard, FSC.  Next was a keynote presentation from Lasallian alumnus and internationally recognized expert in raising and caring for teenagers, Roy Petitfils.

Speaking on the topic of teen stress and anxiety, Petitfils struck a chord with his audience by quickly recognizing that this issue also extends to the adults who live and work with teens.  In both cases, however, his message was the same: be present to persons and awake to what they are going through in life.  Pay attention, care, and reach out.  As one attendee said during table sharing, perhaps only semi-jokingly, “We are all each other’s first line of defense against losing our minds.”

The remainder of the morning, as well as the early afternoon, was spent in breakout sessions.  Participants could attend a variety of these sessions, which focused on topics ranging from instructional best practices and co-curricular programs to pastoral approaches and mission effectiveness. 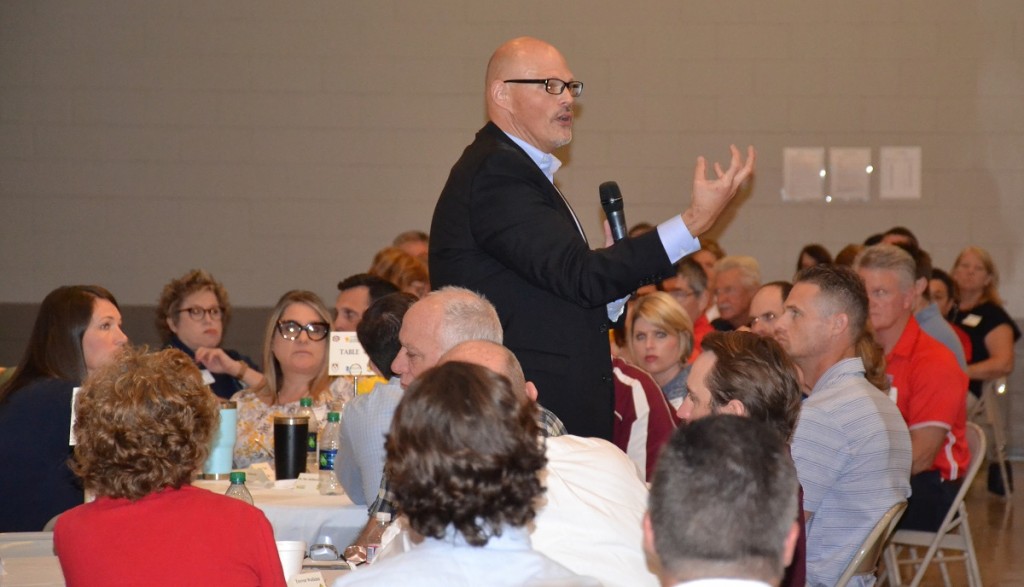 Roy Petitfils makes a point during his keynote presentation.

“The part of the day that stood out the most to me was the rich conversation I had in the breakout sessions,” said De La Salle High School Lead Religion Teacher and Campus Minister Tony Behan. “Being able to be in the same room with other Lasallians talking about real and relevant issues that impact our students and schools was invigorating.”

A key element of the breakout sessions was the inclusion of topics for those Lasallian educators who serve outside of the classroom in either full-time or part-time staff roles.

According to Saint Paul’s School Development Office Assistant and Yearbook Moderator Mimi Monteiro, “Just as all 5 core principles complement each other to form a perfect pathway to fulfilling our mission, so did the participants and components of the gathering work together in drawing us closer as a Lasallian family, uplifting us spiritually, and renewing our zeal for our work.  I connected with something or someone in each part of the day.  It was an awesome experience!”

Throughout the day, veteran Lasallians noted how the gathering has evolved over the past six years, particularly in its local hands-on approach.

“The planning committees,” explained Legendre, “they design it, they, run it, they own it, and that’s exactly the way it ought to be.” 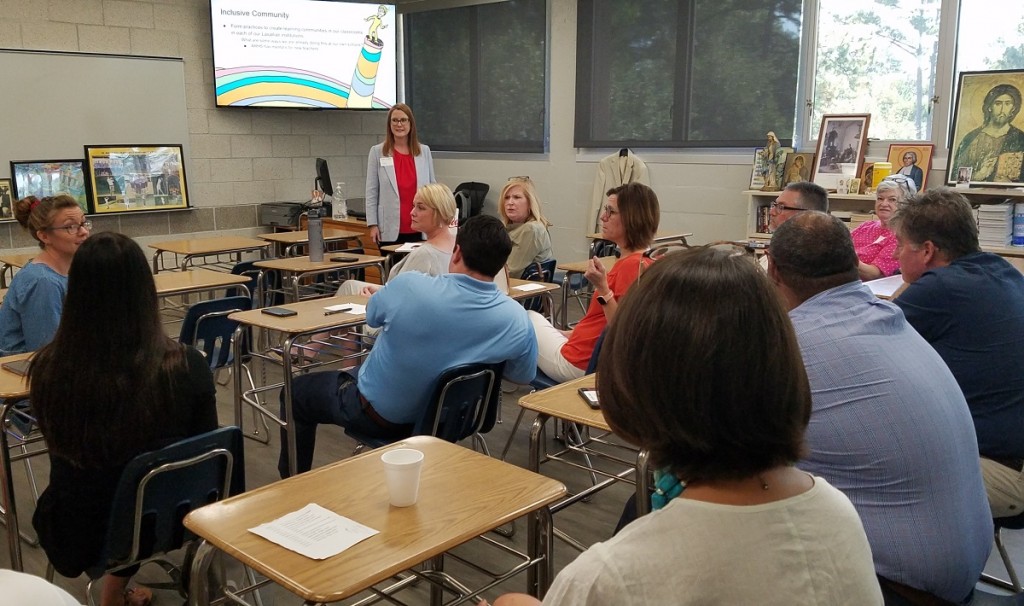 Added Doug Joubert, Director of Technology at Christian Brothers School, “What I love is that people are coming now with expectations of expanding their knowledge.  Before, it was, ‘What is this all about?’  Now, it’s, ‘I know what it’s about.  Let me go and learn more about our Lasallian charism and educational tradition.’”

The final activity of the day was a special prayer service that called the participants to a deeper mindfulness of their own vocation as Lasallian educators, as well as to a personal recommitment to their work.  Archbishop Rummel High School’s Charlene Wetzel, who served as the day’s emcee, found this to be the highlight of her day.

“For me,” she said, “it was a way to take a deep breath after a long week, to be still and quiet, to reflect on my wonderful experience, and to share in prayer with my dear Lasallian family.  I was moved and touched by the readings, and by the candle ceremony and commissioning.  To look around at the light growing as each group added theirs was very inspirational to me.”

As the participants segued into an afternoon social and later a pre-football game tailgate party, the impact of the NOLAsallian gathering continued to echo in their conversations, nowhere more than in their appreciation for how it served to strengthen their connection to the Lasallian family and its tradition. 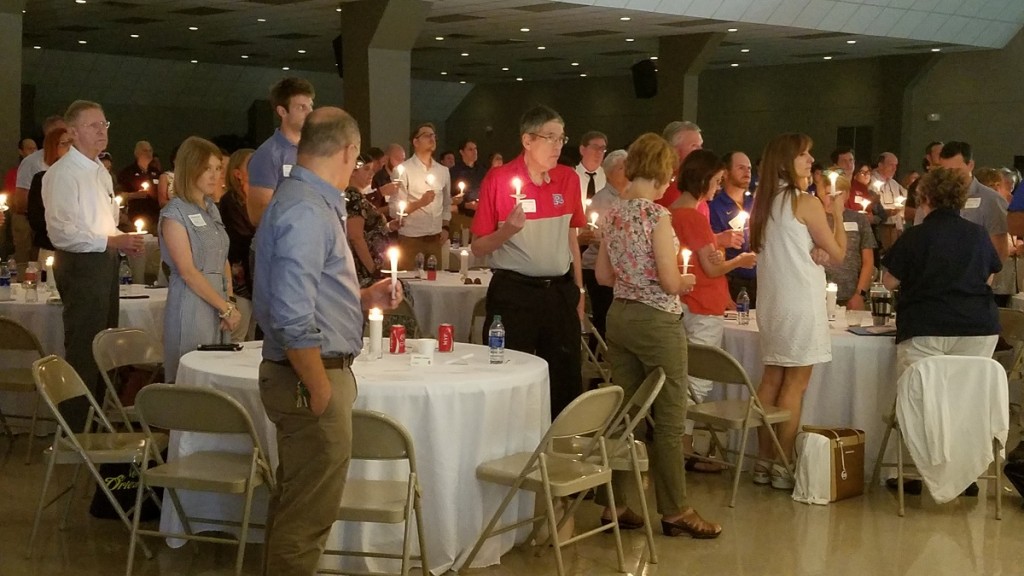 A candlelit prayer service brought the day to a close.

“I would argue,” suggested Monteiro, “that the greatest value of this gathering comes in the relationships and support that we offer each other as Partners in this mission, especially from the guidance and wisdom we have received from the Brothers over the years.  It struck a chord with me that most participants spoke of the long-standing relationships they’ve had with Brothers and Partners in their work within our Lasallian mission.   Together and by association – it’s how we do what we do, and it makes all the difference in the world.”