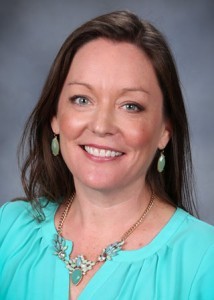 Marilyn Paquette Nuri, founding principal of De La Salle Academy (DLSA) in Concord, California, has announced that she will step down as the school’s leader at the end of the 2018-19 school year.

In a letter to the DLSA community, Paquette Nuri cited family considerations as having led to her decision.  “After much prayer and discernment,” she wrote, “I have made the decision to step away from my role as Principal of De La Salle Academy at the conclusion of this academic year…Although I will greatly miss the DLSA community, I am grateful for the opportunity to focus on my new role as a mother. My family and I will be moving this summer, and I am incredibly excited for my new journey ahead!”

A 1997 graduate of Saint Mary’s College of California, Paquette Nuri’s career as a Lasallian Partner began with her days as a Lasallian Volunteer at the San Miguel School in Providence, Rhode Island.  She later would serve as a faculty member at Sacred Heart Cathedral Preparatory in San Francisco, California, as Director of Lasallian Student Programs for the former District of San Francisco, and as Dean of Women at Justin-Siena High School in Napa, California.  She was named principal of De La Salle Academy in January, 2014, and the school opened that fall.

Reflecting on her DLSA experience, Paquette Nuri said, “I can never describe in words the immense gratitude and pride I feel for having had the opportunity to serve the DLSA community as the Founding Principal. I am indebted to Mr. Mark DeMarco for giving me the opportunity to lead this community. My life has been enriched and blessed by the faculty, students and families who shaped and molded De La Salle Academy into the community we are today.”

SFNO Office of Education Director Mike Daniels offered the District’s thanks, saying, “Marilyn’s dedicated service to our Lasallian Catholic mission has been evidenced by her past two decades in leadership.  I especially thank Marilyn for her hard work and commitment to the students, families, faculty and staff of De La Salle Academy, where she leaves behind a thriving community of young men and adults. It has been a joy for me – personally and professionally – to accompany her throughout many steps of her journey, and it is with our full support that Marilyn moves on from the Academy during this exciting time for her and her family.”

Beginning July 1, 2019, De La Salle Academy will transition from operating as a division of De La Salle High School in Concord to a separate school in the District of San Francisco New Orleans.  The school is currently in the process of selecting both its new governance board and its new principal for the 2019-2020 school year.

Paquette Nuri concluded her announcement by writing, “I am truly grateful to the De La Salle Christian Brothers and the De La Salle High School community for the opportunity to serve and lead De La Salle Academy. With full confidence in the teachers and students of the Academy, I will conclude my time as Principal with great appreciation for all that we have accomplished. I believe that God will continue to bless our school community with an abundance of future successes that are rooted in our firm commitment to our Lasallian Catholic mission, and to all students and graduates entrusted to our care.”