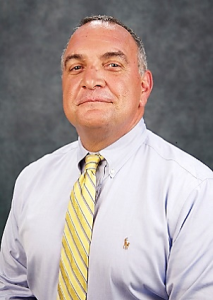 Sanchez currently serves as Cathedral’s Assistant Principal for Discipline, where his responsibilities have included discipline, campus physical security, student conduct, and leadership.  He will succeed Brother Nick Gonzalez, FSC, who over three decades served several stints at the school, most recently as principal beginning in 2010.

Sanchez was selected at the conclusion of a one-year search from a pool of over 200 applicants.  He brings over thirty years of experience both in the classroom and in administration, first in the Ysleta (Texas) Independent School District and, beginning this academic year, at Cathedral.  His career resume includes English teacher, boys basketball coach, and assistant principal.  A lifelong El Pasoan, he and his wife, Mary, have two grown children and two grandchildren.

Brother Nick will assume duties this summer as assistant Visitor for the District of San Francisco New Orleans (SFNO) and reside with the Provincialate Community at Mont La Salle in Napa, California.  Of his successor, Brother Nick stated, “Mr. Sanchez has brought a fresh set of eyes, energy for positive change, and a healthy discipline to Cathedral.  He has a great team in place to help him implement planned initiatives for next year.  Mr. Sanchez is a wonderful Lasallian who is prepared to lead.”

In 2019-20, Cathedral will mark the 95th anniversary of its founding.  The school, staffed with three De La Salle Christian Brothers, began its Lasallian ministry at 1309 North Stanton Street on September 8, 1925, welcoming 45 boys as its first students.