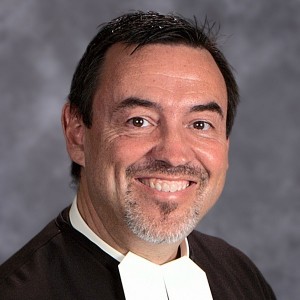 Brother Roch Dufresne, FSC of Cathedral High School, Los Angeles, California, was the recipient of the Annual Brotherhood Award at this year’s Religious Brothers Mass and Dinner for the Archdiocese of Los Angeles.

The event was held on February 24 at the St. John of God Retirement & Care Center in Los Angeles.  Mass was celebrated by Most Reverend José H. Gomez, Archbishop of Los Angeles.

Each year, the Archdiocese’s Council of Religious Brothers sponsors a gathering of the Religious Brothers in the Archdiocese, at which the Council honors a fellow Brother for exemplary service.  The award citation for Brother Roch read in part, “In recognition for his Religious commitment to the service of the Lord as a Christian Brother and his faithful ministry to the Archdiocese of Los Angeles…Through his many gifts and talents, he has been an inspiration and example to the youth of the downtown area.”

In his remarks to the gathering, Brother Roch thanked the Brothers and Lasallian Partners of Cathedral High School and also the Archdiocese’s Brothers Council.  He then continued by commenting on the significance of the vocation to the Brotherhood.

“When so many religious orders are diminishing,” he stated, “and the vocation seems to be less chosen – perhaps less valued – in the larger population, it is all the more important that we live that vocation in an exemplary way, in a way that does credit both to the Church within which it serves, within the religious order through which its ministry is expressed, and within the specific community that it serves.” 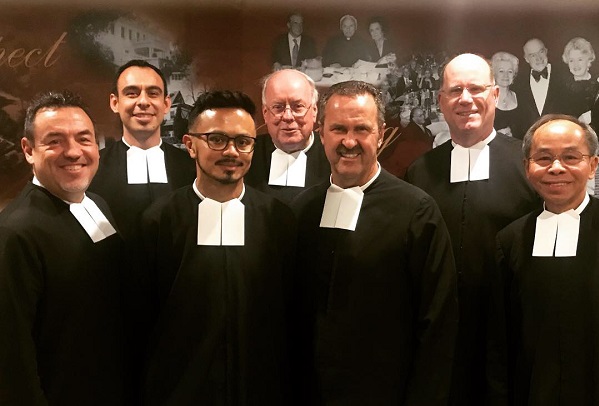 “Most of us,” he continued, “will not ever know the impact that we have on those that we work with day after day. But it’s there. It’s there as strongly as the impact of other religious throughout history. Perhaps they were never declared saints, but they lived like saints, acted like saints, thought like saints, prayed like saints, and worked like saints. We are all called to be like them: to be saints to those who are entrusted to our care. That is our privilege; that is our responsibility; that is our calling. And since we are Brothers, we must be sure that the job will be well done.”