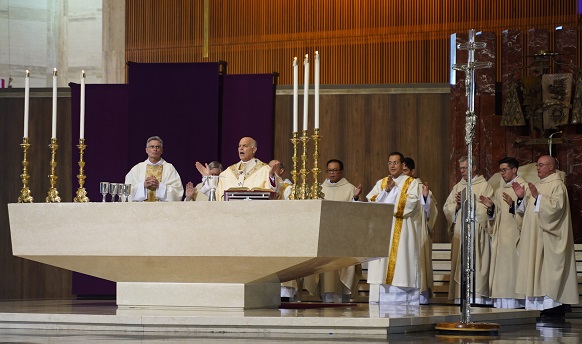 A large contingent of SFNO Brothers and Partners gathered under the theme, “Procuring God’s Glory from Generation to Generation,” to recognize the history of the Brothers in California and to celebrate the life of the Brothers and their mission with their Partners in the District today.  Event planning and direction were led by Brother James Joost, FSC, Auxiliary Visitor, who was assisted by District Secretary Denise Mancuso. 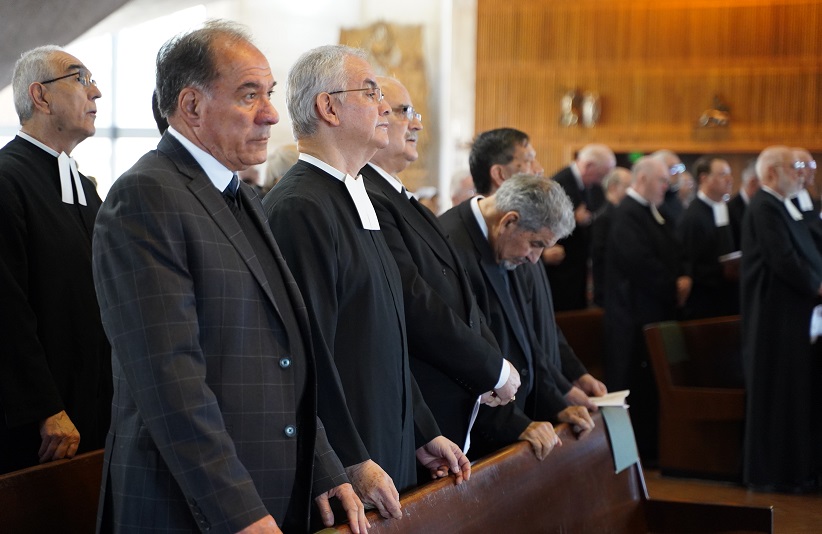 The Brothers stand for the Gospel. (Photo Br. Martin Vu.) 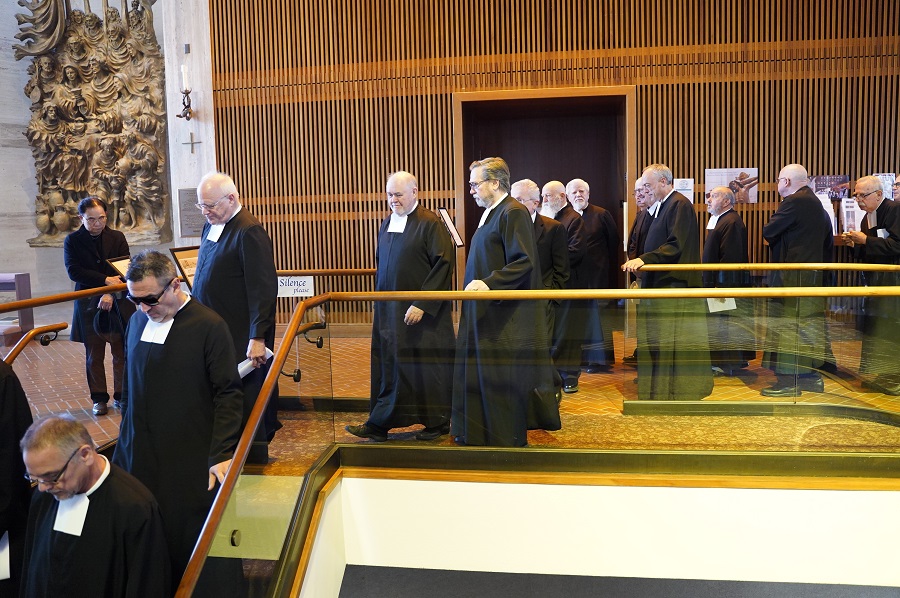 The Brothers make their way to the reception. (Photo Br. Martin Vu.)

The principal celebrant was San Francisco Archbishop Salvatore Cordileone, who was joined by a number of brother priests and deacons who are Lasallian alumni or who currently minister in Lasallian schools.  At both the beginning and the end of Mass, Archbishop Cordileone congratulated and thanked the Brothers for their presence in the Archdiocese and their many years of service.

At the Mass, concelebrant and homilist Bishop Thomas Daly of the Diocese of Spokane drew from his personal experience and knowledge as an alumnus of Sacred Heart Cathedral Preparatory (then Sacred Heart High School) in San Francisco to recount the Brothers’ history and to pay tribute to them and their educational leadership.

“We live in a time,” Bishop Daly remarked, “when so much of what we hear is bad news.  It is in the midst of this that we gather to celebrate, specifically in a spirit of joy and gratitude to God, the legacy, the legend, and the lives of the Brothers of the Christian Schools over these last 150 years…I would like to thank the Christian Brothers for the significant role they played in my own education and vocation.” 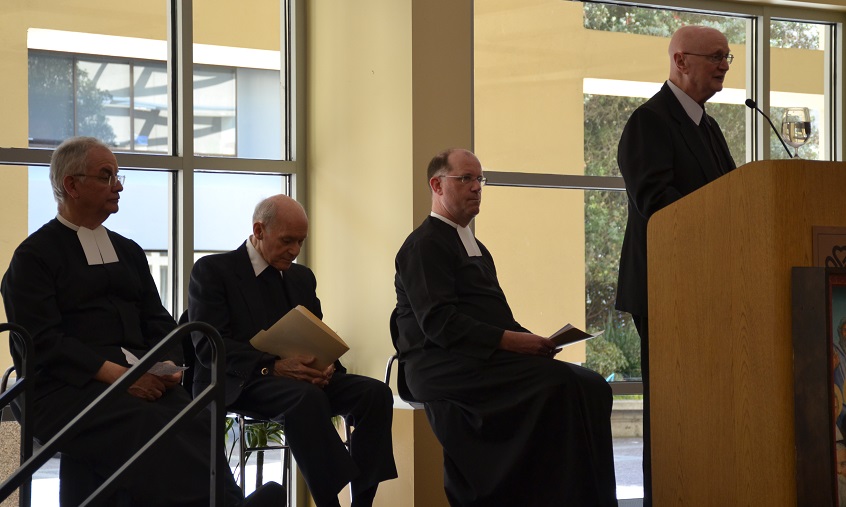 He went on to say, “The example of the Brothers and their witness to Christ is as much needed today – probably more so – than 150 years ago.  Looking back, each of us was raised up, not to be better than others, but to be closer to God.  And with the example of the Brothers, we learned that excellence is what education should be about, and not elitism.”

Mass was followed by a public reception at the Cathedral.  Several generations of Brothers and Partners socialized, some reconnecting after years since last seeing one another.  The crowd also took in displays of historical memorabilia chronicling the District’s Bay Area schools and Brothers’ communities. 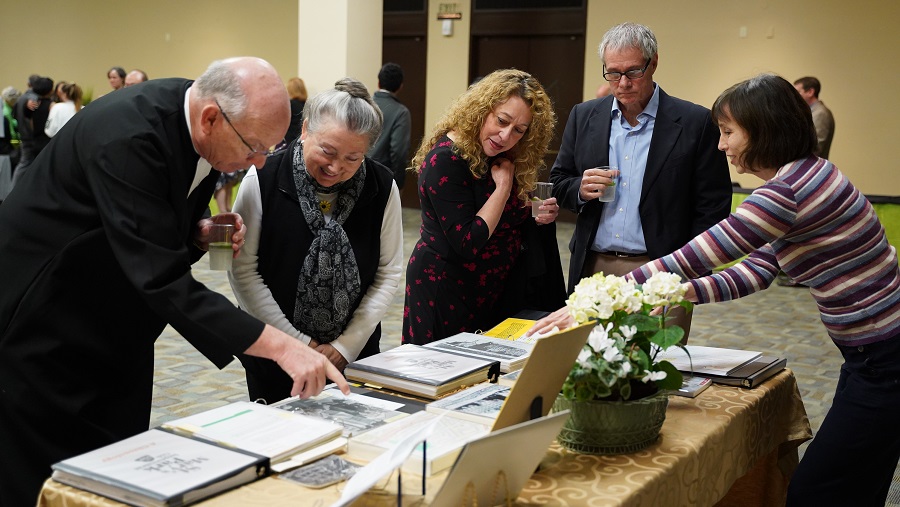 Afterwards, Brother Donald Johanson, FSC, Visitor, reflecting on the entire celebration, said, “The coming together of Brothers and Partners to celebrate our District’s legacy and unity is always a welcome and important thing to do.  The fact that we were able to combine it with honoring our Brother Jubilarians was especially appropriate.  The day showed that we have much for which we can be grateful and much to which we can look forward.”

The San Francisco event was the second of two 2018-19 anniversary observances by the SFNO District.  In July, 2018, a District commemoration in New Orleans marked the 100th anniversary of the Christian Brothers’ continuous presence in Louisiana.  This year, the entire Institute celebrates #300LaSalle, the Lasallian Jubilee Year and tercentenary of the completion of the earthly journey of Saint John Baptist de La Salle, Founder of the Brothers of the Christian Schools and Patron Saint of Teachers of Youth.