Note: This is the first in a series of semi-monthly posts from Charles Legendre, AFSC, Director of the San Francisco New Orleans District’s Office of Evangelization & Catechesis. 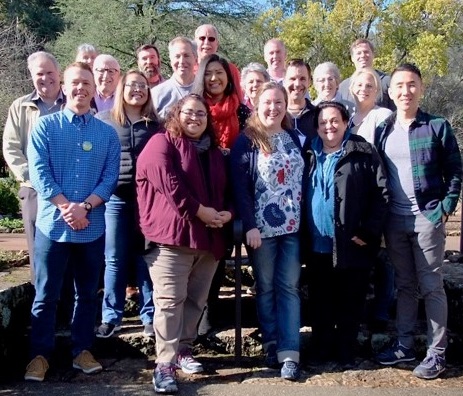 In a 2013 interview for Living Lasallian, a publication of Saint Mary’s College of California, former Superior General Álvaro Rodríguez Echeverría stated, “For me, the principal intuition of our founder was this: First, he had a vision of the reality of his time. He discovered that there were children ‘very far from salvation’ without the possibility of human and Christian education…He illuminated this reality with the Word of God, which he found in a letter of Saint Paul to Timothy: ‘God wishes the salvation of all people.’ Our mission was born in this reality and in the illumination of the Word of God.”

From the start, our Lasallian ethos has included discerning real needs and offering responses rooted in the Gospel. Reflecting on the reality of the changing religious landscape in this country, the District of San Francisco New Orleans 2016 Mission Assembly resolved “to prioritize evangelization and catechesis for the next four years.”1 The District leadership created an Office of Evangelization and Catechesis to place a renewed focus both on the spiritual needs of the young people entrusted to us and on the challenges of faith formation in our current context.

On February 14th – 16th at Mont La Salle, for the first time since the creation of the SFNO District, the chairs of the religious studies, theology and religion departments of the District’s schools gathered. The purpose was to take a first step toward creating a community among religious educational leaders of our District. The chairs shared their own vocational journeys and provided insights into the particular strengths and challenges involved in faith formation in the particular realities of their school communities. Three presentations seeded the group’s conversation:

The conversation of the chairs affirmed the need to revisit and reinterpret fundamental concepts such as “salvation” and “evangelization” and to address the question of whether current religion curriculum is reaching our religiously diverse students. The gathering was also an opportunity to share methodologies and ideas about specific programs. Moving ahead, the religion chairs have agreed to meet again in a year and have committed to ongoing communication through Basecamp and Zoom.

I view this gathering of the religion chairs as one pulse in a much greater movement of the Spirit in our time. Father Bernard Lee once described “charism” as the “profound effectiveness of a group, normally at work in a difficult and challenging time.” He further commented, “Charism does not appear in settled times.”2 We live in unsettled times in which young people are calling into question the relevance of our faith and Church. The encounters and dialogue with our students in religion, religious studies and theology classes reveal that what is happening “out there” in U.S. society is also happening right here in the walls of our own schools. The Spirit is calling us to continued faithfulness and to listen and be open for a new way forward.

2 Bernard Lee, from an address at Called to be Brother, Lewis University (2012)