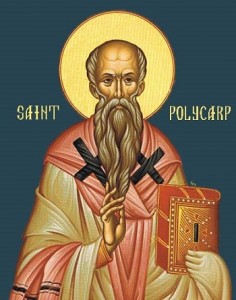 Intention: That we may nurture a culture of vocation that invites and inspires all people to discern how to live their lives as their best and truest selves.

Jesus took Peter, James, and John and led them up a high mountain apart by themselves.  And he was transfigured before them, and his clothes became dazzling white, such as no fuller on earth could bleach them.

Then Elijah appeared to them along with Moses, and they were conversing with Jesus.  Then Peter said to Jesus in reply, “Rabbi, it is good that we are here!  Let us make three tents: one for you, one for Moses, and one for Elijah.”  He hardly knew what to say, they were so terrified.  Then a cloud came, casting a shadow over them; then from the cloud came a voice, “This is my beloved Son. Listen to him.”  Suddenly, looking around, the disciples no longer saw anyone but Jesus alone with them.

As they were coming down from the mountain, he charged them not to relate what they had seen to anyone, except when the Son of Man had risen from the dead. So they kept the matter to themselves, questioning what rising from the dead meant. Then they asked him, “Why do the scribes say that Elijah must come first?”  He told them, “Elijah will indeed come first and restore all things, yet how is it written regarding the Son of Man that he must suffer greatly and be treated with contempt?  But I tell you that Elijah has come and they did to him whatever they pleased, as it is written of him.”

From the Ninth Meditation for the Time of Retreat

Because your ministry has for its purpose to procure the salvation of souls, the first concern you ought to have is to procure this goal as far as you are able. You must in this imitate God to some extent, for he so loved the souls he created that when he saw them involved in sin and unable to be freed from sin by themselves, the zeal and affection that he had for their salvation led him to send his own Son to rescue them from their miserable condition. This is what made Jesus Christ say that God so loved the world that he gave his only Son, so that whoever believes in him may not die but may have eternal life.

Eternal Father, you have blessed us with many gifts, but it remains our task to accept and use them.  We pray that we will not squander our opportunities to realize our potential and grow into our best and truest selves.  May we find the strength to be better, the courage to be different, the integrity to give all that we have to offer.  We ask this of you who lives and reigns with your Son and the Holy Spirit, one God forever and ever.  Amen.