Two identical paintings set as a backdrop to the relics of four Brother Saints are touring the schools District of San Francisco New Orleans during the tercentenary of the entrance of Saint John Baptist de La Salle to eternal life.

Created by Oakland, California artist Bill Weber, the works began their tour on August 8, 2018 and will spend three weeks at each school in the District.  The tour concludes on May 27, 2019, after which the art pieces will be on permanent display at Saint Paul’s School in Covington, Louisiana and at Mont La Salle in Napa, California.

The tour also is taking place in conjunction with the District’s celebration of the centenary of the Brothers continuous presence in Louisiana and the sesquicentennial of their presence in California.

The three anniversaries are depicted in the painting with images of Brother Saints La Salle, Benilde, Mutien-Marie, and Miguel as well as the founding Brothers of Saint Paul’s School in Covington in 1918 and Saint Mary’s College in San Francisco, California (now in Moraga) in 1868.  Our Lady of the Star, flanked by Saint Paul and Saint Peter (in commemoration of the Brothers 1918 foundation of St. Peter’s College in New Iberia, Louisiana), top the painting.  Relics of the Brother saints and wood historic to the pasts of the Brothers of the two States finish out the piece. 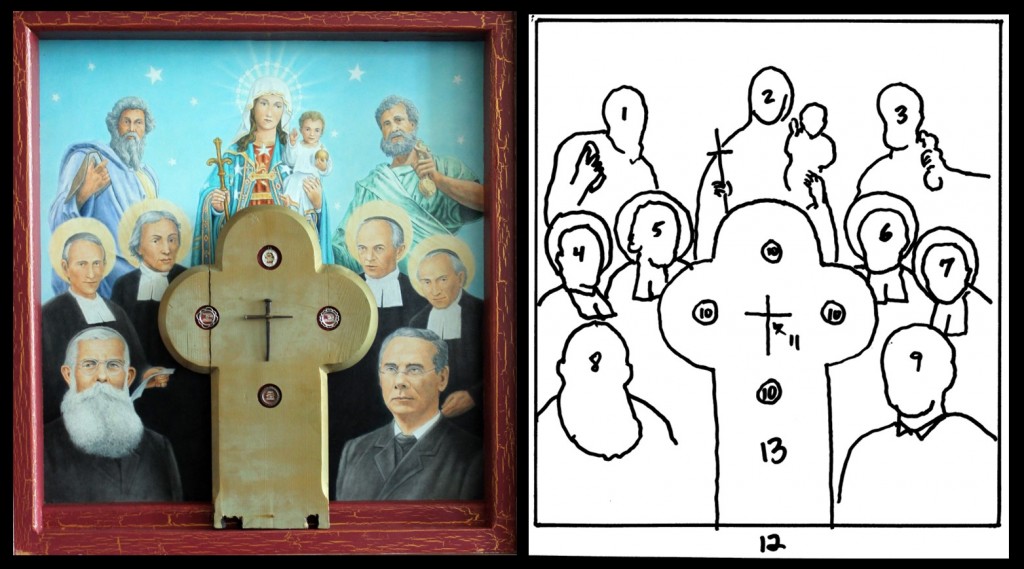 Shown above, the painting depicts figures significant to the spiritual and historical heritage of the District of San Francisco New Orleans.  The top three images represent the two major District Anniversaries (left to right):

The middle row of Brothers are four of the first Brothers Saints (left to Right):

The two Brothers at the bottom are the “founders” of the District entities that are being celebrated and still operated by the Brothers:

The other components of the piece are all historically significant: