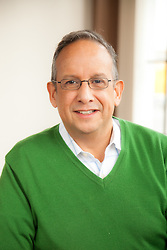 The San Francisco New Orleans District has announced that Enrico “Rico” Hernandez has been named as the District’s Director of Sustainability.

Hernandez currently serves as a Chief Financial Consultant for several schools and non-profits, including Saint Vincent de Paul Catholic Schools in Petaluma, CA, as well as Chief Financial Officer for the Sister Servants of the Blessed Sacrament in Bonita, CA. Rico assumes his new duties with the District effective August 12, 2018.

Newly-conceived as a position within both the District’s Office of Education and Finance Office, the Director of Sustainability is responsible for providing ongoing support and accompaniment to school leadership (Trustees and Administrators) and school Finance Directors. In addition to leading the District’s continued implementation of the Sustainability, Accessibility and Inclusion Initiatives from the 2016 Mission Assembly, the Director serves on the District’s leadership team and the Lasallian Education Corporation (LEC-LLEC).

With the announcement of this position, Office of Education Director Michael Daniels, Ed.D. stated, “We are impressed by Rico’s demonstrated commitment to Catholic education, and his approach to financial leadership through the lens of ministry. Both of these strong aspects of Rico’s vocation will support our District and our schools’ ever-evolving focus upon accessibility, sustainability and inclusion.”

Pamela Gleeson, Chief Financial Officer, recognized that, “Rico brings a well-rounded and diverse set of skills to our Lasallian community, including background as a Chief Financial Officer in the non-profit and Catholic and independent school settings, experience as a finance instructor in the Institute for Catholic Educational Leadership at the University of San Francisco, and Board service at Northern California Bay Area schools such as San Francisco’s Mercy High School, Bishop O’Dowd High School, Notre Dame High School and Saint Elizabeth’s High School. I am grateful that Rico has accepted our invitation to serve and look forward to him supporting schools throughout our District.”

Commenting on his appointment, Hernandez said, “It is with humble gratitude to the De La Salle Christian Brothers and the District of San Francisco New Orleans that I am accepting the position of Director of Sustainability. I look forward to strengthening and sustaining the Lasallian Catholic mission and identity of our schools in the years ahead. I am excited to begin the next chapter of my career and view this opportunity as the capstone of my ministry in Catholic education. Through the intercession of St. John Baptist De La Salle, I ask God to bless our endeavors.”

San Francisco New Orleans Brother Visitor Donald Johanson, FSC, offered his congratulations and welcome, saying, “We are looking forward to having someone of Rico’s caliber join us. His years of financial leadership, teaching and advising, along with his clear commitment to Catholic education, will make him a strong addition to our District’s leadership team.”