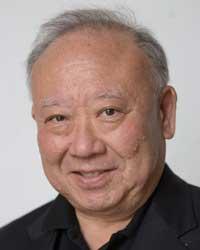 Special from Saint Mary’s College of California.  Pope John Paul II. Prince Rainier of Monaco. Ted Tsukahara. The Saint Mary’s Integral Program tutor is the latest in a distinguished list of Lasallian partners to be awarded affiliation by the Brothers of the Christian Schools.

Tsukahara’s nomination was submitted by the Brothers at the College last fall, and announced Jan. 10 after approval by Brother Robert Schieler, FSC, Superior General.

“Affiliation is an honor given to persons who support the institute and its work,” said Brother Donald Johanson, FSC, Visitor of the District of San Francisco New Orleans. “When I visit Saint Mary’s College to do my canonical visits, Ted is there with us for prayers in the morning and he joins us for breakfast. That’s what affiliation is all about—celebrating a relationship.”