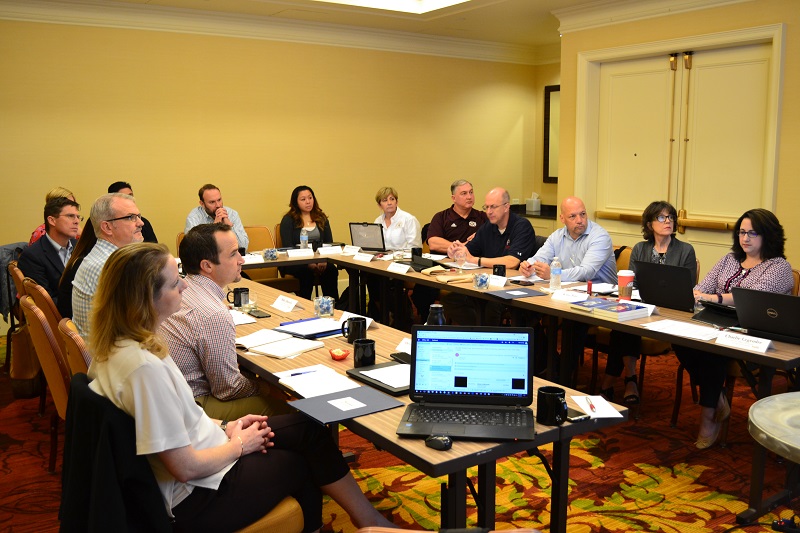 1st and 2nd-year administrators at an orientation session.

DCAA is composed of the presidents and principals of the District’s middle and high schools.  It holds two annual meetings – one in the fall and one in the summer – that each include enrichment sessions, updates from District offices, presidents’ and principals’ meetings, and a presentation and discussion with the Brother Visitor. 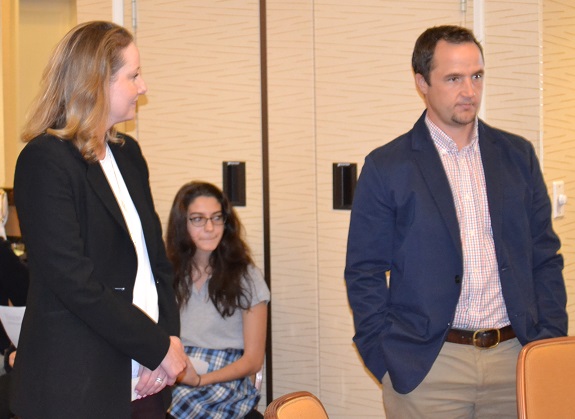 In the first session, participants shared their stories of the journeys that had led them to the work that they are now doing, as well as overviews of the schools in which they are doing the work.  The striking diverseness of their professional backgrounds and expertise all seemed to converge on a common concern for the young and a deep appreciation and enthusiasm for the mission and tradition of Lasallian education.

The second session focused on key organizational relationships that exist for chief administrators in the District: the president-principal working relationship, and presidents’ and principals’ relationships with District leadership, DCAA, and school boards of trustees.  In addition to the facilitators’ input, the administrators heard from local Lasallian school board chairs Patti O’Mara of Portland’s De La Salle North Catholic High School in Portland (DLSNC) and Mark Auxier of Milwaukie’s La Salle Catholic College Preparatory (LSCCP), who contributed to a panel discussion centered on describing the District’s approach to board governance. 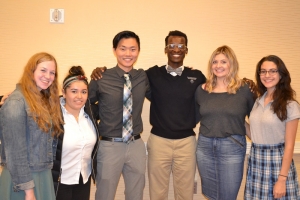 The afternoon continued with an opening prayer service led by six students from DLSNC and LSCCP.  The service featured each student giving a brief reflection on their experience of Lasallian core principals in their schools.  Teachers Sarah Maher of DLSNC and Gary Hortsch of LSCCP assisted the students with the service.  A social and dinner completed the day’s itinerary. 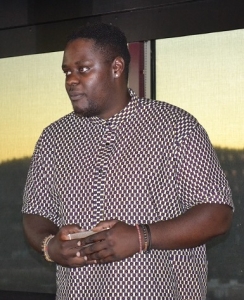 The day’s business items concluded with separate presidents’ and principals’ meetings, each of which addressed current Lasallian education issues, as well as topics that had been raised in advance by the chief administrators themselves.

That evening, the group met at a local restaurant for its traditional fall dinner.  A highlight was a reflection offered by LSCCP 2014 graduate Jordan Luyamba.  Jordan and his family moved under adverse circumstances from the Democratic Republic of the Congo, Africa several years ago.  In that short time, Jordan learned to speak English, helped his mother raise his siblings, graduated from high school and college, and is now a successful business entrepreneur in Portland.

“There is,” Jordan explained, “no place like La Salle.  I would not be standing here talking to you if it had not been for my mother and for La Salle…I just want to say, ‘thank you’, on behalf of myself and all of the other people that you are helping.”

The final activity of the DCAA meeting took place the morning of September 27.  After prayer, there was a presentation and conversation with Brother Donald Johanson, FSC, District Visitor, who chose as his topic, “Considerations for Lasallian Catholic Educational Leadership.” 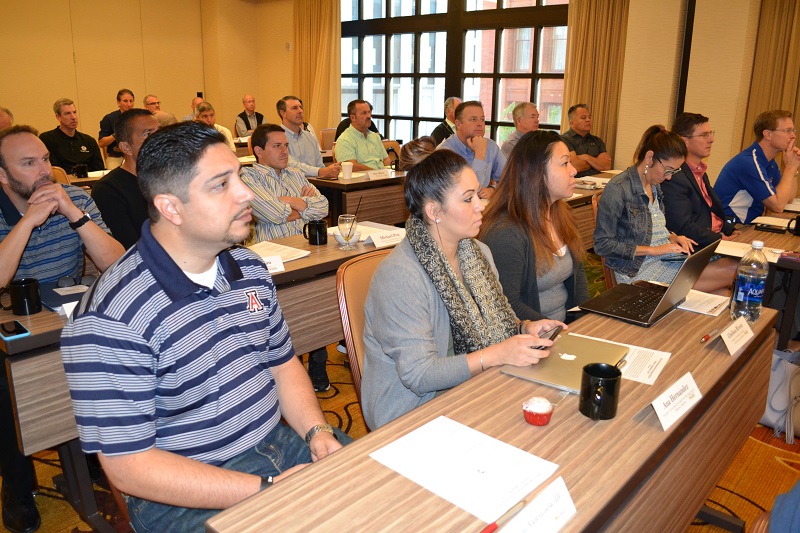 A general session in progress.

Brother Donald began by outlining several critical aspects of ensuring the sustainability of the Lasallian mission and purpose of the schools throughout the District.  Discussion with the presidents and principals then centered on the complex issue of maintaining and communicating schools’ Lasallian Catholic identity in an increasingly diverse and at times contentious social and religious climate.

Its agenda completed, DCAA adjourned its fall meeting.  The next DCAA gathering is scheduled for June 18-21 at Mont La Salle in Napa, California.

Throughout the days of their gathering, DCAA members were able to take advantage of numerous opportunities for personal relaxation and enrichment.  A local wellness company provided a session of chair massages for weary shoulders and backs.  Visits to local sites allowed for a sense of the local community.  There also were visits to both DLSNC’s and LSCCP’s campuses, where guests received gracious welcomes and tours from students and faculty-staff members. 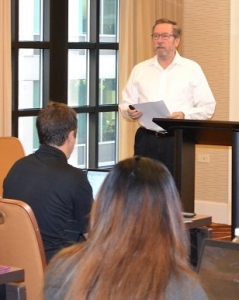 Br. Donald during his presentation.

As usual, however, the most significant opportunities of the DCAA meeting came in the sharing of Lasallian family fellowship.  While prepared to attentively handle the business at hand, the District’s chief administrators were equally intent on using their days together in Portland, as they do whenever they assemble, to reaffirm their bonds both to one another and to the mission around which they are united.  This is, in many respects, DCAA’s best function and its most important and valuable work.

All photos by District of San Francisco New Orleans communications.