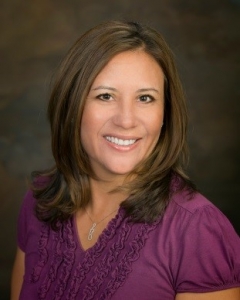 Kloosterman currently is principal and chief academic officer of Mullen High School, Denver, CO.  She will conclude her tenure at the end of the 2017-2018 academic year and assume her new duties with the District effective the summer of 2018.

In making the announcement, Daniels said, “We are excited that Janell’s next step in her Lasallian journey will benefit our entire District.  She will bring to our Office of Education team a complementary set of skills and acumen that will strengthen our ability to animate our Lasallian Catholic mission. I am grateful that Janell has accepted our invitation to serve.”

Newly-conceived as a position within the Office of Education, the Director of Leadership Formation is responsible for providing ongoing support to District school leadership, including the District Chief Administrators Association.   Besides co-facilitating board of trustee policy governance training and trustee formation and accompaniment, the Director serves on the District’s leadership team and on the Louisiana Lasallian Education Corporation (LLEC).

Commenting on her appointment, Kloosterman said, “It is with great honor and appreciation that I am accepting the position of Director of Leadership Formation. I look forward to working in a role that will support and guide District schools’ leadership in their professional growth. Although I will miss the Mullen school community, a place that has been a part of my life for the past 27 years, I am excited to begin the next chapter in my educational career and the opportunity to play a much larger role within our Lasallian educational community.”

Kloosterman received a bachelor’s degree in history from Fort Lewis College, Durango, Colorado and a master’s degree in education from Regis University, Denver, Colorado.  She began her professional career at Mullen in 1991 and served in a variety of teaching and administrative roles prior to assuming the principalship in 2012.  She has participated in numerous District, Region and Institute activities, including the Lasallian Leadership Institute (now Brother John Johnston Institute), CLASP (now LCAP) visiting teams, the 2013 International Mission Assembly, the 2013 RELAN Women’s Symposium, and the 2016 San Francisco New Orleans District mission assembly, and is also a member of the board of trustees of Saint Paul’s School, Covington, LA.  In 2014, she was presented letters of affiliation by the Institute of the Brothers of the Christian Schools.

San Francisco New Orleans Brother Visitor Donald Johanson, FSC, offered his congratulations and welcome, saying, “We are looking forward to having someone of Janell’s caliber join us.  Her years of experience and clear commitment to our Lasallian mission will make her a strong addition to our District’s leadership team.”