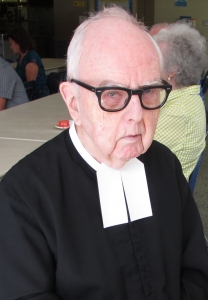 Please pray for the repose of the soul of District of San Francisco New Orleans Brother John Kelly, FSC, who passed away in his sleep July 15, 2017, at the Saint Paul’s School Community in Covington, Louisiana.  He was 90 years old.

Born Brendan Benedict Kelly on June 24, 1927 in Houston, Texas, Brother John entered the Brothers’ Novitiate on January 26, 1945 and received the habit of the Brothers on August 14, 1945 in Lafayette, Louisiana.  He pronounced final vows on July 2, 1952.

Funeral Arrangements for Brother John are to be announced.