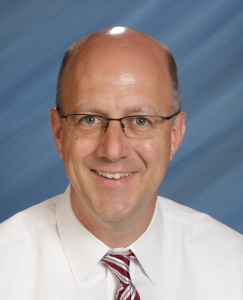 Neider, who has been serving as assistant principal of the school’s City Park campus, succeeds Heath Barker, who has assumed the position of Community, Mission & Ministry director for both CBS campuses.

“Richard Neider brings to his new position 25 years of teaching at both the high school and middle school level,” Scaffidi said. “We look forward to his administrative guidance of our faculty and staff and the 480 students who will be attending CBS on Canal Street.”

“I am truly honored to be the principal of Christian Brothers School’s Canal Street campus,” Neider said, adding that he was thankful for having been called to the ministry of Catholic education.  “Christian Brothers School is run in the Lasallian and Dominican traditions, and I am looking forward to building on these values to ensure that every student has the opportunity to grow academically, spiritually, emotionally and socially.”

Christian Brothers School was founded in 1960 as a middle school for boys in City Park in New Orleans.  In response to a call from the Archdiocese of New Orleans, the school expanded in 2016, opening a second campus at the former St. Anthony of Padua Parochial School and welcoming boys and girls in pre-Kindergarten through fourth grade and girls in grades five through seven.