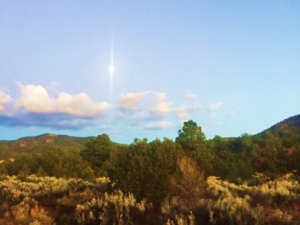 A view from the Retreat Center.

For centuries, the natural beauty of the New Mexican high desert has attracted religious communities whose spirits were fed by crystal blue skies, snow-capped mountains, and the scent of piñon.  Many continue to flock to the Santa Fe area for spiritual renewal through religious reflection and artistic explorations.

On November 10-13, 24 District of San Francisco New Orleans (SFNO) Lasallians trekked to the Immaculate Heart of Mary Retreat Center, located in enchanting Santa Fe, for the Lasallian Commitment Retreat.  There, experienced Lasallian educators accompanied their colleagues on a journey through both iconic moments in the life of the Founder and pivotal moments in their own vocation stories. 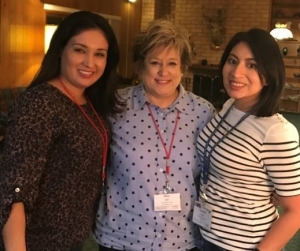 Looking back on the impression left by the gathering on the participants, a common awareness expressed during their shared reflections was that the Lasallian mission simply “fits.”  Retreatants expressed how much it means to have a spirituality which gives meaning to their work, focuses on the real needs of young people, calls adults into a faith community, and places ultimate importance on relationships.