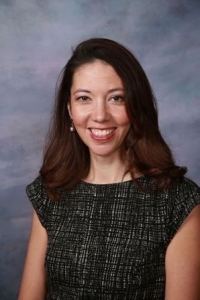 La Salle High School in Pasadena, CA has named Courtney Relph Kassakhian as its principal for 2016-2017.  She will be the school’s 15th principal, and will succeed Brother Christopher Brady, FSC, who is retiring at the end of the 2015-2016 school year.

In accepting the position, Ms. Kassakhian said, “I am honored and thrilled to have been chosen as the next principal of La Salle High School and I look forward to being part of this outstanding school community that has enabled students to learn, serve and lead for 60 years.”

Ms. Kassakhian currently is principal of Incarnation Elementary School in Glendale, CA.  In her 15-year career as a Catholic school educator, she has served in a number of administrative roles, including first Director of Admissions and then Vice-Principal of Instruction at Notre Dame High School in Sherman Oaks, CA.  She also is a member of the National Catholic Educational Association and the Association for Supervision and Curriculum Development.

A native Angelino, Ms. Kassakhian earned her B.A. at the University of Southern California, a Single Subject Credential (English) from the California State University (Los Angeles) and an M.A. in Catholic School Administration from Loyola Marymount University.

In making the announcement, School President Dr. Richard Gray said, “Ms. Kassakhian brings a proven record of educational leadership, a keen grasp of the challenges currently facing principals of Catholic secondary schools and a zealous passion for the students entrusted to her care. I am particularly pleased that Ms. Kassakhian received high marks from every constituent group that interviewed her.”