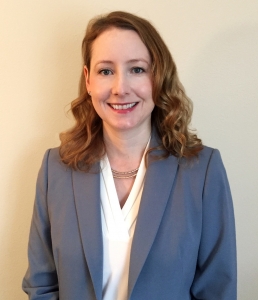 Ms. Flynn Houghton currently serves as the Vice President for Advancement at Sacred Heart Cathedral Preparatory, San Francisco, where she oversees development operations, is a member of the school’s Executive Council, and serves as an ex-officio member of the Board of Regents.

Born and raised in San Francisco, Ms. Flynn Houghton attended Catholic schools for grades K-12 and is a graduate of Sacred Heart Cathedral Preparatory.  She earned her bachelor of arts degree from New York University.  Her previous professional experience includes assistant director of Student and Young Alumni Development at Stanford University.  She also has served on the Boards of the Irish Cultural Centre of California, the United Irish Cultural Center, and the Scandinavian School of San Francisco.

In announcing the appointment, Sister Christina said, “To this new role Theresa brings a demonstrated commitment to the mission of Lasallian Vincentian Catholic education, along with over 15 years of service as a school leader.  It is with great excitement that we welcome Theresa to her role as President at De Marilllac this summer, and we look forward to her leadership in the years ahead.”