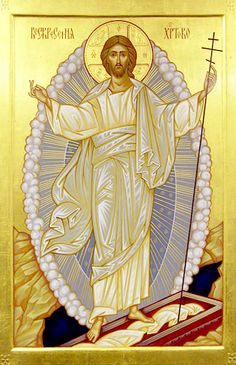 The Resurrection of the Lord

Intention: That all people will turn away from sin, living instead with compassion and justice, and embracing God’s gifts of faith, hope, and love.

This feast is a day of joy for the entire Church; that is why we so frequently and so solemnly sing these words of the Royal Prophet: This is the day the Lord has made; let us rejoice and be glad in it.  Indeed, the Resurrection of Jesus Christ is at once very glorious for him and highly advantageous for all the faithful.

It is glorious for Jesus Christ, because by it he overcame death.  This led Saint Paul to affirm that Jesus Christ was raised up for the glory of his Father and that once risen, he dies no more, because death will no longer have power over him.

It is advantageous for us, because it is an assurance of our own resurrection.  Certain it is, adds the Apostle, that just as all died in Adam, so too all will rise again in Jesus Christ.  According to this same Apostle, it was on this happy day that death was destroyed once and for all. Rejoice with the whole Church over so great a favor, and thank Jesus Christ, our Lord, very humbly for it.

Eternal Father, you sent to us your only-begotten Son to conquer death and bring us the gift of everlasting life. On this Easter Day, may we share with one another our joy and gratefulness, and may we rededicate ourselves to living all of our days with faith, hope, and love.  We ask this of you who lives and reigns with your Son and the Holy Spirit, one God forever and ever. Amen.