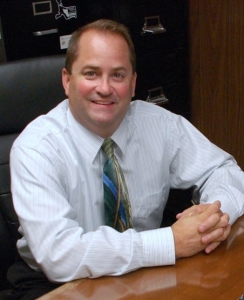 Christian Brothers High School in Sacramento, California has announced the appointment of John O’Connor as principal effective July 1, 2016.  The announcement was made on March 18 by Christian Brothers president Lorcan Barnes.

O’Connor will be the 47th principal to serve at Christian Brothers since its founding in 1876.  He will succeed sixth year principal Mary Hesser, who has announced that she will retire at the end of the 2015-2016 academic year.

Currently the principal of Archbishop O’Hara High School in Kansas City, Missouri, O’Connor has 22 years of experience in education, including tenures as teacher, coach, dean of students, athletic director, assistant principal and principal.  He holds a bachelor’s degree in education from the University of Missouri, Columbia, and a master’s degree in school leadership from Baker University, Kansas City, Kansas.  O’Connor and his wife, Kelly, have two daughters.

In his announcement to the school, Barnes stated, “John brings considerable experience and a deep commitment to Lasallian Catholic education to the position.  I am grateful to the Principal Search Committee for so generously sharing their time, insight, and dedication throughout the process.  I know that I speak for John and myself when I say that we look forward to building on Christian Brothers’ 140-year tradition of excellent education in a faith-filled Lasallian Catholic community.”