Gery Short to Step Down as Office of Education Director

Gery Short to Step Down as Office of Education Director

Longtime San Francisco New Orleans District leadership team member Gery Short has announced that he will be stepping down as Director of the Office of Education-Mont La Salle, effective July 1, 2016.  Short’s announcement came on October 21 in a letter to the District’s members. 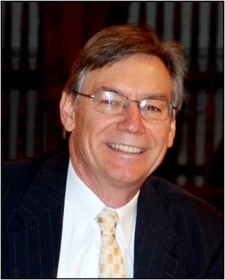 Commenting on Short’s decision, San Francisco New Orleans District Visitor Brother Donald Johanson said, “While it is not easy for me to see working without him in the Office of Education, I certainly understand his desire to pass on the responsibility.”

Brother Donald has announced that Mike Daniels, current president of De Marillac Academy in San Francisco, CA, will succeed Short as Office of Education-Mont La Salle Director.  In his announcement, Brother Donald stated, “I am delighted that Mike Daniels has accepted the position of Director of the Office of Education here at Mont La Salle. He will be a significant addition to the Leadership Team.”

Short added, “I am extremely happy that Brother Donald has asked Mike Daniels to be my successor.  I have the utmost confidence in Mike.  He will assume the role on July 1, 2016.  I have offered to assist him with his transition.” 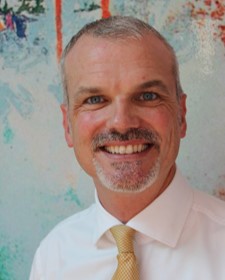 In making the announcement about his appointment to the De Marillac community, Mike Daniels said, “I am thrilled to continue to serve the De La Salle Christian Brothers and the Lasallian District of San Francisco New Orleans in support of their schools.”

Regarding his pending departure tenure from De Marillac, Daniels continued, “I am grateful to the Daughters of Charity and the De La Salle Christian Brothers for the opportunity to serve and lead De Marillac Academy over the past 10 years. I also offer my heartfelt appreciation to all in our community.”  According to Daniels, the search for De Marillac Academy’s next president will begin immediately.

Gery Short began his Lasallian career in 1978 as a teacher at Saint Mary’s College High School in Berkeley, CA.  He joined De La Salle Institute in 1984 as Director of Formation for Mission for the District of San Francisco, and was appointed Office of Education Director in 1995.  With the creation in 2014 of the San Francisco New Orleans District, Short became Director of the Office of Education-Mont La Salle.

In addition to his many duties and accomplishments as a District leader, Short made significant contributions to the Region, including serving on task forces for designing the Lasallian Leadership Institute and for creating the current Regional leadership structure; serving as Chair of the Regional Education Board (2010-2012); and serving as Lasallian Education Council Vice Chair (2011-2012) and Chair (2012-2014).  He also was a member of the International Commission on Association (2000-2006); the Preparatory Committee for the 2006 International Mission Assembly; the Chair of the 2006 International Mission Assembly; and a lay consultant for both the 1993 and 2000 General Chapters in Rome.

Looking back on over 35 years of service to the Lasallian mission, Short reflected, “I feel honored and privileged to have worked with so many wonderful Brothers and Partners over the years. I am proud of what we have accomplished together, the programs we have created, the opening and strengthening of the new and established schools, the support and service which we offered over this time, and ultimately the lives we have touched.  As I have often said to those new to the District and Lasallian education, ‘It doesn’t get better than this work, this mission, and this association.’”