In accordance with the new unified grade structure of the Archdiocese of New Orleans, the school will serve boys and girls in pre-K through 7th grade starting in the 2016-17 school year. The “Next Generation” Mass focused on what this expansion means for the next generation of Christian Brothers School students. Notable event attendees included Dr. Jan Lancaster, superintendent of Catholic Schools for the Archdiocese of New Orleans; Brother David Sinitiere, FSC, representing the Brothers of the Christian Schools; and Reverend John Restrepo, OP, pastor of St. Anthony of Padua Parish.

During the ceremony, Scaffidi provided an overview of the expanded school’s structure and leadership. The school will remain under the governance of the Christian Brothers, while embracing the dual charisms from both the Dominican and Lasallian heritages. Starting with the 2016-17 school year, Christian Brothers School will be one school with two campuses, and Scaffidi will serve as president over both campuses. The historic City Park campus located on 8 Friederichs Drive and the new St. Anthony of Padua campus at 4640 Canal Street will each have designated leadership teams.

The City Park campus will continue to educate boys in 5th through 7th grade under the leadership of Michael Prat who will serve as principal. Prat currently serves as Christian Brothers School’s disciplinarian and has been a teacher and administrator at the school since 2001. Prat is a graduate of Christian Brothers School and holds an undergraduate degree in secondary education from the University of South Alabama and a master’s degree in educational administration from the University of New Orleans. As principal, Prat will head the City Park campus leadership team, which will be composed of key members of the existing faculty. 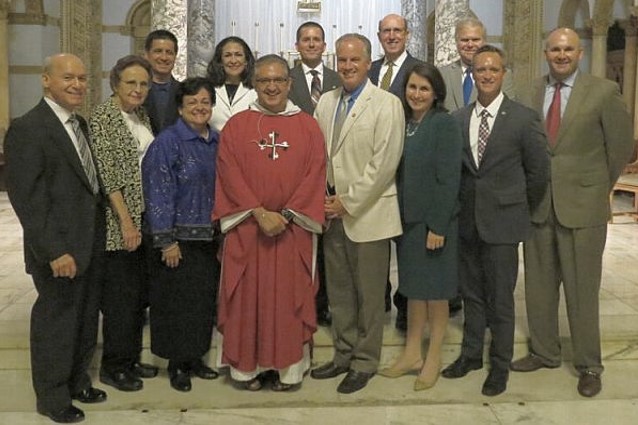 Christian Brothers School’s St. Anthony campus will educate boys and girls in pre-K through 4th grade, and girls in 5th through 7th grade. Heath Barker will serve as principal of the St. Anthony campus. Barker joined the Christian Brothers School faculty in 2002 and has served as an administrator for the past five years. He currently serves as assistant principal and holds a bachelor of science in education from the University of New Orleans and is a candidate at St. Mary’s College of California for a master’s degree in Lasallian Studies. Barker will lead the St. Anthony campus leadership team, which will include long-time St. Anthony administrators St. Ruth Angelette, O.P. and Mrs. Gloria Stumpf.

In addition to a new administration, Christian Brothers School has adopted a new logo (pictured above) to signify the beginning of its evolution. Both current Christian Brothers School and St. Anthony of Padua School leadership played an integral role in developing the logo, which pays homage to the Dominican legacy of the St. Anthony of Padua campus and the Lasallian mission of the historic City Park campus.

“Christian Brothers School looks forward to this next generation as we expand our scope to serve both boys and girls in the Greater New Orleans Area,” said Scaffidi. “The new school leadership has been working diligently to prepare for the expansion set for the 2016-17 school year for the past two years. We are grateful to our current students, faculty, alumni and community for the continued support.”