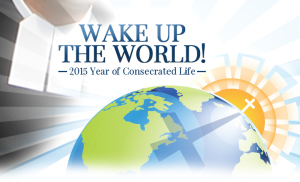 The Vatican and United States Conference of Catholic Bishops have announced the celebration of a Year of Consecrated Life that will begin on November 30, 2014 (the start of the new liturgical year) and conclude on February 2, 2016 (the World Day of Consecrated Life).

According to RELAN’s Regional Coordinator for Lasallian Ministry, Chris Swain, “The expressed hope from the Vatican for the year is threefold: renewal for men and women in consecrated life; thanksgiving for the service of sisters, brothers, priests, and nuns; and invitation to young Catholics to consider a religious vocation.”

General Councilor Brother Timothy Coldwell, FSC, has sent a message to the Region with his personal invitation for all RELAN Lasallians to “accompany one another in answering the Lord’s call to deep faith, generous service and loving community!”