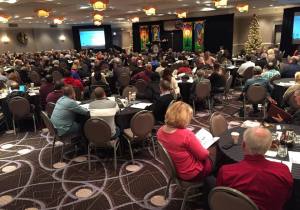 The view of a general session at the Conference.

Lasallians from throughout the Region of North America (RELAN) gathered for the 41st annual Huether Lasallian Conference, held November 20-22 at the Holiday Inn Chicago Mart Plaza.

Over 300 participants, as well as 33 speakers, exhibitors, and staff attended this year’s Conference.  Among them were 82 members of the San Francisco New Orleans District representing 20 of its ministries.

The Conference featured general session addresses, breakout sessions, resource exhibits, and awards presentations in conjunction with the Conference theme, “The Lasallian Mission: Word, Witness, and Invitation.”  Among the many breakout session presenters were six from the San Francisco New Orleans District: 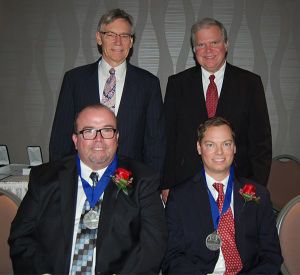 Two of the SFNO District’s Lasallians were among the seven recipients of the 2014 Distinguished Lasallian Awards, which were presented at the Conference’s closing banquet on November 22.  Tony Behan, Lead Teacher of Religion at De La Salle High School in New Orleans, LA and Ed O’Connor, Director of Student Life at La Salle High School in Pasadena, CA were recognized by their ministries and the Region for their exemplary contributions to the lives of their students, schools, and Lasallian mission.

About receiving the Award, O’Connor remarked, “It’s a very humbling honor to be chosen. I was in shock and just something I never thought about. Working in the District of San Francisco New Orleans and working at La Salle High School has been a dream for the last 20 years and something I really enjoy doing.”  Fellow recipient Behan reflected, “I’m very humbled to be honored as a Distinguished Lasallian Educator. It’s a great privilege and I think that it’s encouraging in our community and inspiring, maybe for other people, to do good Lasallian works.” 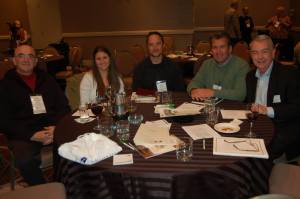 For a number of the District’s Lasallians, this was their first time attending the Huether Conference.  Brother Roberto Martinez, FSC, from Sacred Heart Cathedral Preparatory in San Francisco, observed, “I think seeing the colleagues, Brothers, everyone working together, it’s just wonderful. The way I see it is if we work for the mission, know the goal, and keep eyes on the prize, then I think gatherings like these are going to help us more and more continue this mission.”  Jane Nitschke from La Salle Catholic College Preparatory in Milwaukie, OR, stated simply, “There have been some awesome moments.”

The 2014 Huether Conference also saw its return to the original host city of Chicago after a nine-year absence that took it to San Francisco, Cincinnati, Washington, D.C., and New Orleans.  Christian Brothers Conference Regional Programs Director Alisa Macksey has announced that the Conference is scheduled to once again take place in Chicago in November of 2015. 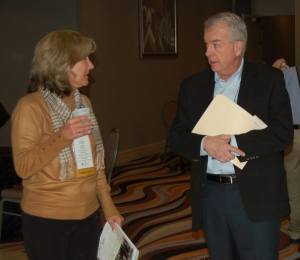 Read more and see more photos from the 2014 Conference.